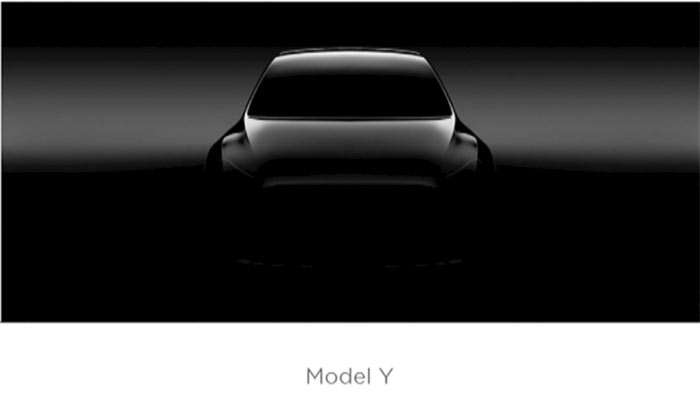 The Tesla Model 3 might not even be available just yet, but Tesla is already moving down the road to what’s next. Tesla teased a new all-electric compact SUV at its shareholder meeting called the Model Y. Tesla will make the Model Y on a new platform, it was originally planned to be made on the Model 3 platform.

The teaser shot doesn’t show much about the car, but the full design should turn up about a year before the 2019-2020 production time frame. What we can see is that the Model Y lacks side mirrors, something currently mandated by regulators in the US.

Tesla had promised to get rid of the 12V battery architecture in the Model Y. That will mean no lead-acid batteries and a new power method for the electronics inside the car. Musk says ditching the old architecture means less wiring in the car and an easier production process. Presumably this means a move to lithium batteries. A new factory will be built for production lines, but the batteries are likely to come from Gigafactory 1.