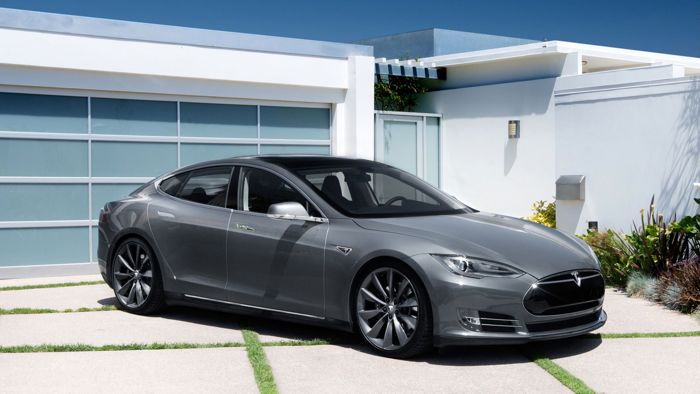 Earlier today we heard that CEO Elon Musk had deiced to make the company’s patents open source, and now we have some details on Tesla’s European plans.

Tesla recently launch the right hand drive version of the Model S in the UK, and the company’s CEO is considering opening a factory to produce the vehicle inc Europe if European sales go well.

Speaking to Auto News Europe, Musk said that the company would consider a European factory once sales of their electric vehicles reach 160,000 a year in Europe.

“My aspirations for Europe are that we sell a comparable number of cars in Europe as the U.S.,” said Elon Musk.

He also said that once annual sales of the Model S reach 500,000 it would make sense for the company to have a factory in China as well as Europe.

At the moment Tesla only sells one model, the Tesla Model S, the company has plans to launch their second vehicle the Tesla Model X in the US next year, and it is expected to go on sale some time in the second or third quarter.

The company is also looking to launch an entry level electric car that would be twenty percent smaller than the current Model S some time in the future.