Valve has released a new update for its Team Fortress 2 Mann vs Machine game mode which has brought with it a couple of new Tours, other wise known as difficulty settings.

The new difficulty setting have been added to both the top and bottom of the scale making Mann vs Machine available to now play at a harder level and also at an easier level for those of you that can’t handle the pace. 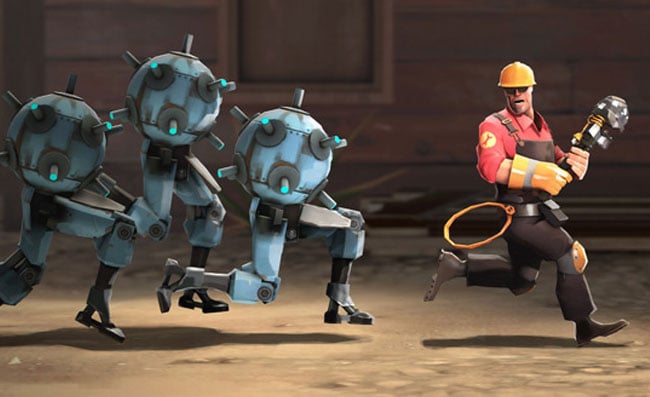 “Much like in Goldilocks and the Three Bears, specifically the part where Goldilocks broke into a bear’s house looking for a place to sleep, some of you thought the one Tour of Duty we shipped with Mann vs. Machine was too hard. Others of you found it too soft. A lot of you thought it was just right.

In the fable, of course, Goldilocks held the defenseless bear family at gunpoint until her boyfriend Chet got there, at which point things turned truly grim. This is where our story diverges from that true crime drama, because we’ve sidestepped the issue by adding more Tours of Duty to MvM mode. Now, in addition to Operation Steel Trap (hard), we’ve got Operation Oil Spill (less hard) and Operation Gear Grinder (very hard). As Chet might say, “You goddamn bears are in for a lonnnnng night.”

For more information jump over to the TF2 Valve Blog post where everything is revealed.