Reading about this specially made gauntlet brought to mind a particular scene from The Dark Knight. Remember when Batman was seemingly out cold after he wrecked the Joker’s 18 wheeler rampage? One of the Joker’s henchmen tries to unmask the downed caped crusader when zap! He gets electrocuted. Anyway, this post has little to do with the Batman. 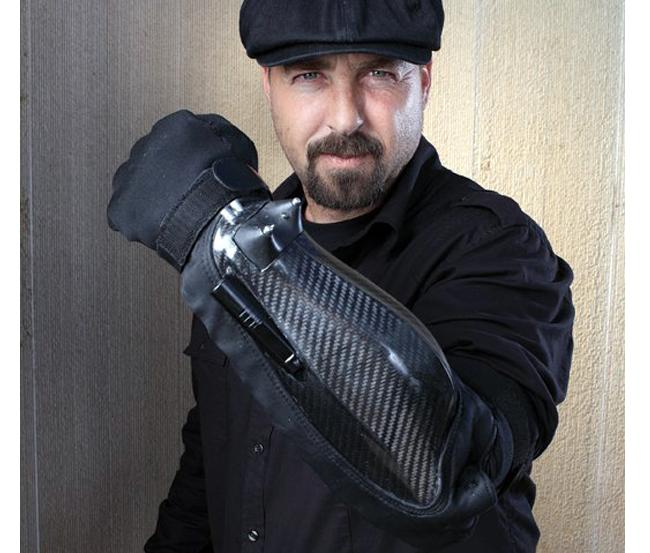 Come to think of it, the color scheme and ergonomic contours of this glove look it would fit Batman’s armor. But it’s more than a coincidental movie prop. It’s a shortlisted invention that could find a marked tin law enforcement, which has embraced stun weapons with relish this past decade.

The pair credited for the BodyGuard are David Brown and the actor Kevin Costner, who also starred in a megahit movie 20 odd years ago titled the Bodyguard. Hmmmmmm. Originally conceived in 2004, David brown would spend the next seven years building prototype after prototype ntil the final version pictured above came to be.

Lucky for Brown and Costner, the demo version of the BodyGuard is already scheduled to be used by the L.A. Sherriff’s department.