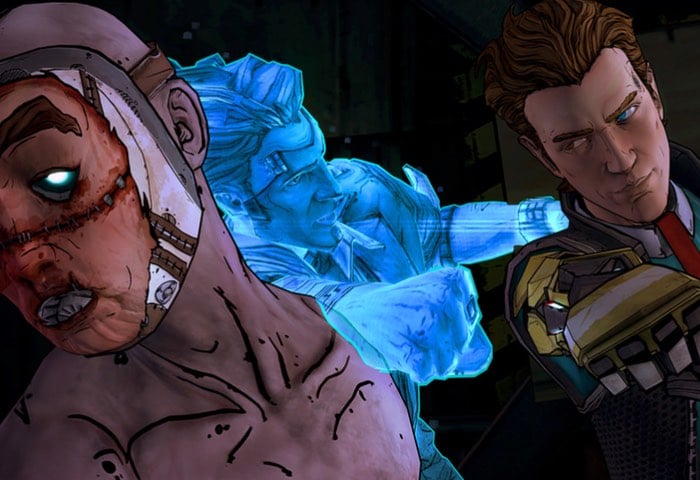 Episode 4 Escape Plan Bravo is set for release on Tuesday, August 18th and will require a few tough choices to be made along the way say the games developers.

Today we can show you a few all-new screenshots from the episode for a little peek at what’s coming up. Between psychos, spaceships, and a certain diamond gun-pooping pony, there’s a lot packed into this one!

We certainly left our unlikely heroes in a precarious position at the end of the last episode. After being captured by Vallory and her goons at the end of Episode 3, Rhys and Fiona are now forced to continue the search for the Vault beacon – at gunpoint. The beacon is on the Hyperion moon base (Helios), while our heroes are on Pandora… so there’s the pesky cold void of death known as ‘space’ to overcome. Even with assistance from a familiar face, and with a worryingly helpful Handsome Jack hitching a ride in Rhys’ head, getting on board the ominous ‘H’ is going to take every drop of guile, and quite possibly all the spunk you’ve got.

Jump over to the PS Blog via the link below for more screenshots.