Moto X is said to be the only smartphone that is assembled in the US, with the assembly taking place in Forth Worth, Texas. Today, Motorola’s CEO Dennis Woodside posted on the company’s blog about the decision to make the device on US shores and gives users a tour of the company’s assembly facility via Google Maps. 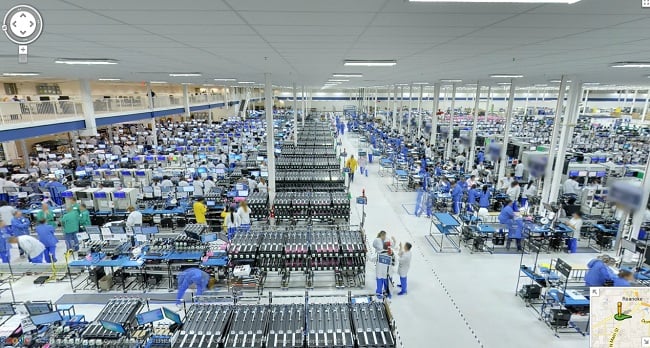 The facility has created more than 2,000 jobs in Forth Worth in less than four months, which is impressive, and the company will continue to hire in the future. It seems as if the device is a success for the Google-owned company as they shipping over a 100,000 units per week.

So, today we’re celebrating the official launch of the manufacturing facility in Fort Worth, Texas, that builds every Moto X sold in the US. Some said it couldn’t be done, but the factory we just opened and the people working there are proof that it could. We’ve created more than 2,000 jobs in Fort Worth in less than four months, and we’re still hiring.

Despite of being assembled in USA, one should note that a number of components are still manufactured outside USA. But in the end, it’s a good thing for the people and the economy. Take a look at the Moto X assembling facility and let us know about your views.