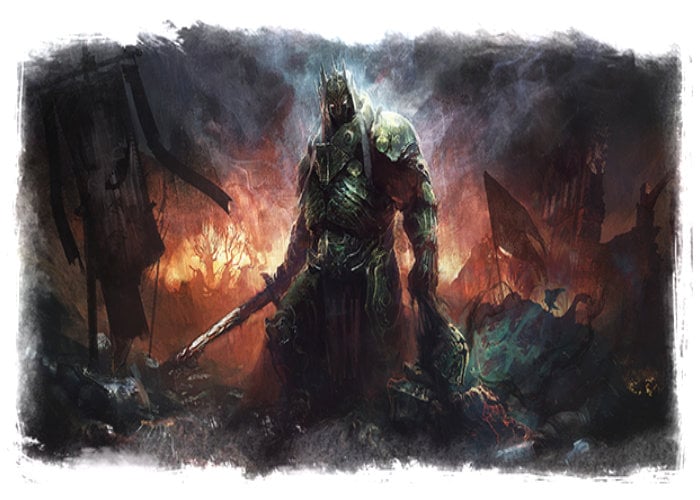 Awaken Realms the team responsible for creating the boardgame Tainted Grail The Fall of Avalon, launched via Kickstarter earlier this year, raising more than $4 million thanks to over 41,000 backers, now has a landing page on Steam for the digital version of the game. Check out the announcement trailer and storyline video below to learn more about what you can expect from the PC version of Tainted Grail which will be launching sometime during 2020

“Tainted Grail is a deeply immersive experience that takes the best elements of RPG adventures and brings them to the next level through intricately branching storylines. Written by Krzysztof Piskorski, one of the best Polish fantasy writers, it will draw you right in and keep you engaged, surprised, and invested in many secrets of Avalon. If you like what to see and enjoy the universe of Tainted Grail here are few things that you can do to help us!”

Tainted Grail fans might be interested to know the game designers at Awaken Realms have released a new expansion for the Tainted Grail board game in the form of Kings Of Ruin. Together with an updated rule set in the form of Tainted Grail 2.0 Rules, now available to purchase separately if you purchased the original game and would like enjoy playing by the new rules created thanks to community feedback.

– Wishlist the game on steam
– Share the word of the game to fiends that enjoy RPG games! It is a good occasion to convince them to play Tainted Grail and perhaps get them in for a Board Game session 😉
– Play the game and leave us your feedback! You guys are always amazing with very cool ideas and feedback on any issues.
– If you enjoyed the game, write us a review on Steam! 😀

“The Wyrdness spreads, forever changing anything and anyone it touches. The island of Avalon is no longer safe. Unravel the mysteries of the Guardian Menhirs and save your hometown in this narrative-driven, turn-based open-world RPG – a bold reimagining of the classic Arthurian legends.

In this dying world, no decision is easy or morally obvious, and you will often face impossible choices. Other times, the consequences of seemingly minor actions will haunt you in the least expected moments. In the end, your impact on Avalon is going reverberate through deep, meaningful changes to the game world – entire towns will raise or fall, land will shatter, ancient powers will be restored, or broken forever.“