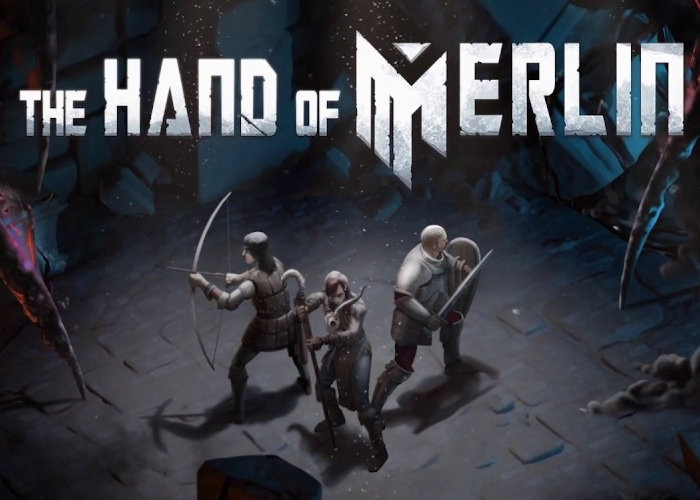 Tomorrow on May the 11th 2021 the new tactical turn-based combat game Hands of Merlin will launch into Early Access, providing a game that “Blends King Arthur With XCOM Style Combat (& Aliens)” say its developers . The Hand of Merlin is a turn-based rogue-lite RPG in which Arthurian legend clashes with sci-fi horror. Players recruit three mortal heroes on a desperate journey from Albion to Jerusalem to explore richly-imagined medieval lands on the brink of apocalypse – assaulted by an otherworldly evil.

Written by Jonas Kyratzes (The Talos Principle, Serious Sam 4) and Verena Kyratzes (The Lands of Dream, Serious Sam 4) with a story inspired by Arthurian legend and historical literature, and gameplay inspired by modern tactical classics such as XCOM and The Banner Saga. Check out the trailer below to learn more about what you can expect from the new Hands of Merlin game ahead of its full launch.

“Carve a path across the lands of Albion, Marca Hispanica and Al-Andalus. Will you take a dangerous route, risking life and limb in pursuit of a legendary relic? Or will you choose a safer path? Plan and prepare. Negotiate, barter, fight. Tackle challenges. Suffer losses. Recruit new Heroes. Earn Gold, Supplies and Renown. Be careful: your choices are permanent, as is death. But don’t tarry – evil never rests.”