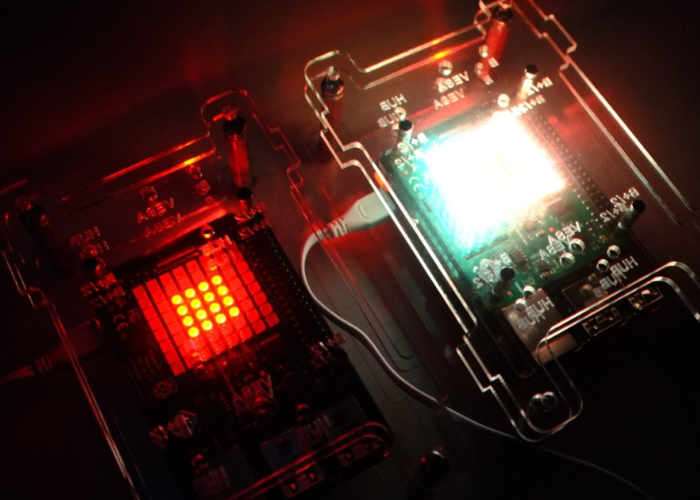 Musicians and Raspberry Pi enthusiasts are sure to enjoy this new project which is being created by Giorgio Sancristoforo and combines a Raspberry Pi mini PC together with the Raspberry Pi Sense HAT which was created by the Foundation to send into space.

Using the array of sensors on the Raspberry Pi Sense HAT system is capable of generating music using environmental stimuli which effects the atmospheric pressure, humidity, and temperature sensors on the Pi HAT.

Watch the video below to learn more about the project which requires no human input to create music.

There is no doubt that, as music is removed by the phonograph record from the realm of live production and from the imperative of artistic activity and becomes petrified, it absorbs into itself, in this process of petrification, the very life that would otherwise vanish. I’ve been dreaming a lot of portable micro computers to create a generative music album. Now this is finally a reality here is my first PGLP (Portable Generative LP) called “Tableau” and it will be soon released.

Generative endless music player Tableau plays on a standalone generative player, it is a portable sound installation.
The music, instead of being “reproduced” like a CD, a vinyl or an Mp3, it is generated and arranged while you are listening to it. It never sounds the same. Tableau creates an almost endless number of mixes of the LP (4 x 12! factorial). Each time you will listen, it will be different, and will keep evolving evolving until you will plug the power off.

It reacts to the environment. The music of Tableau reacts to temperature, humidity, atmospheric pressure, space and magnetic field. No need for screen, keyboards, mouse etc… To listen to Tableau just plug the power supply and your speakers with a mini-jack cable, Tableau will boot and play the LP. You can also use a standard 2A, 5V battery pack for mobile phones so you can carry Tableau with you anytime, anywhere.

For more information on the new Tableau Generative Music Album jump over to the official Giorgio Sancristoforo website for details by following the link below. If you enjoy building Pi projects you might be interested in our comprehensive list of Raspberry Pi displays, HATS and small screens.