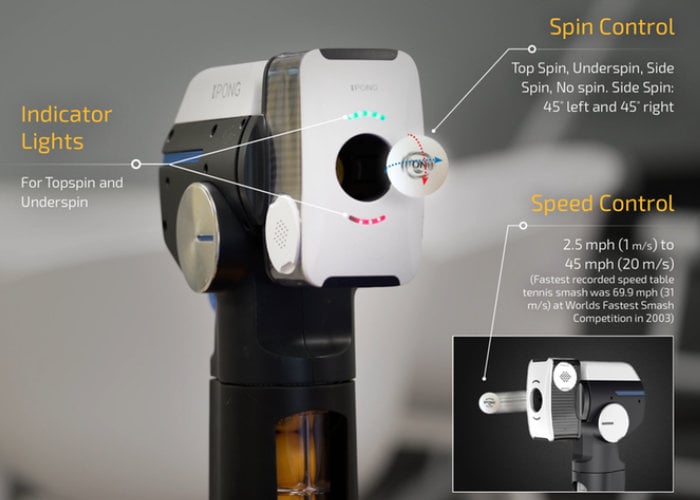 Table tennis players looking to improve their game may be interested in a new table tennis robot created by JOOLA. The JOOLA Infinity is a smart table tennis robot that can be controlled by the companion application on your tablet or smartphone. Launched via Kickstarter this week the table tennis robot is now available to back with early bird pledges from $499 offering a 50% saving of the recommended retail price. 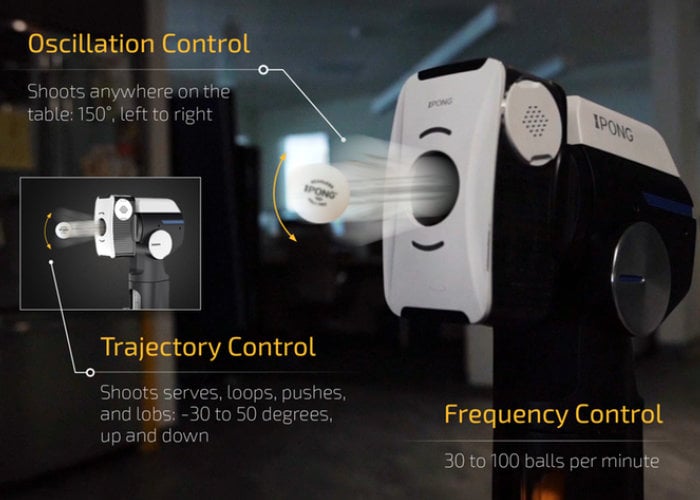 If the Kickstarter campaign is successful in production progresses smoothly worldwide shipping is expected to commence sometime around December 2020. Watch the demonstration video below to learn more about the JOOLA and its features.

One unique feature about the JOOLA is that it comes shipped with an infinite play net allowing your balls to be collected and reused for constant non-stop action. The robot also has a two-hook mechanism instead of a large base that allows for an easy setup for you to start practicing immediately.

“The Infinity Robot has two wheels which allows it to produce topspin, underspin, side spin and no spin while shooting with a frequency range of 30 to 100 balls per minute at varying speeds (2.5 mph to 45 mph) that can match even the highest caliber of players. You can also practice against any shot on the table since the Infinity Robot can seamlessly oscillate 150 degrees side-to-side and create ball trajectories of 30 degrees downwards to 50 degrees upwards. The Infinity Robot also supports ITTF Approved 3-Star 40+ balls. “