The guys over at TMO News have managed to get their hands on some pricing information for the Samsung Galaxy Tab on the T-Mobile network.

The Galaxy tab will retail for $399.99 on a two year contract after a $50 mail in rebate, and it looks like they will also be selling it without the contract for a retail price of $649.99, and this ties in with the pricing we saw for Sprint last week. 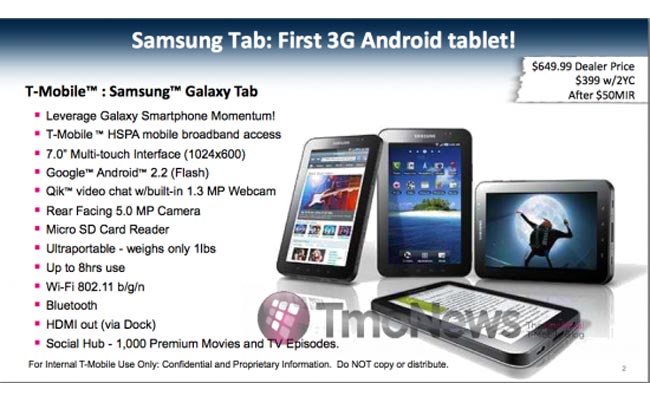 The Samsung Galaxy Tab features a 7 inch touchscreen  WSVGA display and it comes with Android 2.2 Froyo, there is also a 3 megapixel camera on the back for taking photos, and a VGA video camera on the front for making video calls.