It looks like we may have a launch date for the T-Mobile Nexus 5, according to a recent report, the Nexus 5 will land on T-Mobile on the 20th of November.

The news comes from the guys over at TMO News, who have received an internal T-Mobile document that shows a launch date of the 20th of November for the T-Mobile Nexus 5. 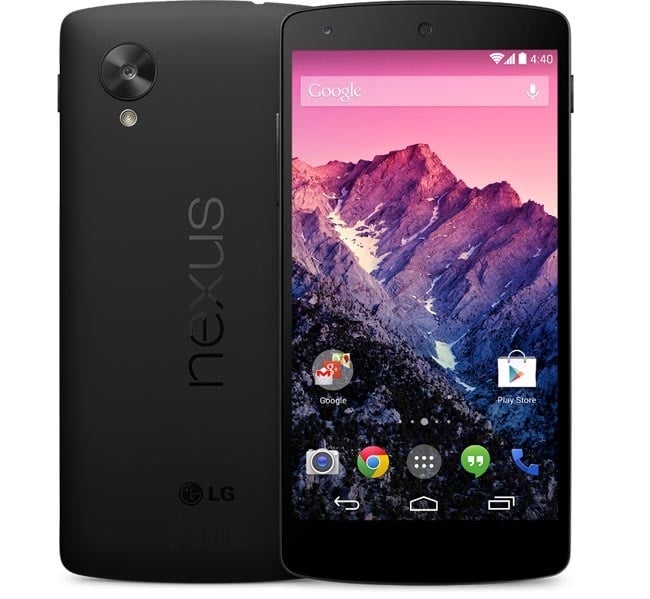 The Google Nexus 5 launched last week, the handset is available from the Google Play Store, and it comes with the latest version of Android, Android 4.4 Kit Kat.

The Nexus 5 has some impressive specifications, which include Qualcomm’s latest flagship mobile processor, a quad core 2.3GHz Snapdragon 800 processor. 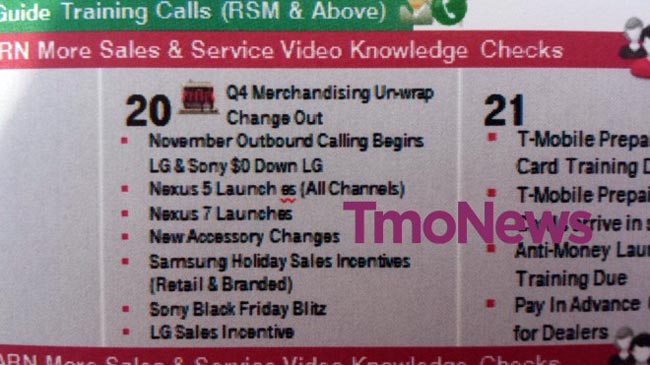 The Google Nexus 5 comes with a choice of 16GB or 32GB of built in storage, the device has front and rear facing cameras, plus 4GB LTE, NFC, WiFi and Bluetooth.

The 20th of November launch date for the T-Mobile Google Nexus 5 has not yet been confirmed by T-Mobile, as soon as we get some more information, we will let you guys know.