T-Mobile has released more details on their latest Android smartphone, the T-Mobile G2, will make use of T-Mobile’s new HSPA+ network, that is designed to deliver download speeds of up to 14.4 Mbps.

Processing comes in the form of a Qualcomm MSM7230 Snapdragon processor, which runs at 800MHz, and the G2 comes with the latest version of Google’s Android OS, Android 2.2 Froyo. 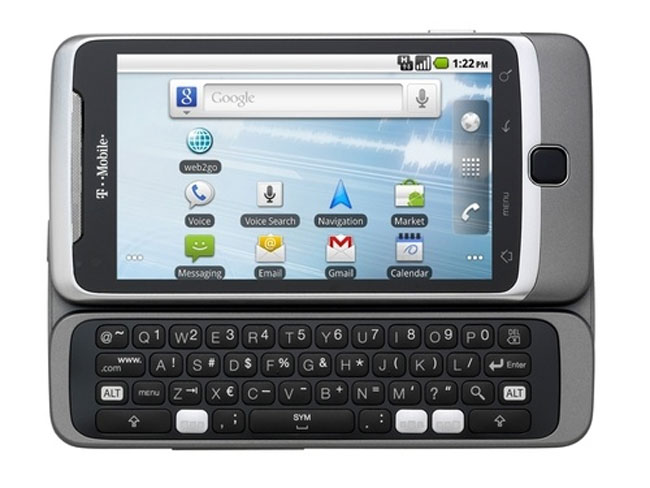 The T-Mobile G2 also feature a full slide out QWERTY keyboard, and a 3.7 inch capacitive touchscreen display, and it features 4GB of built in  storage and also has a microSD card slot with will come loaded with an 8GB microSD card.

Other specifications include a five megapixel camera that is capable of recording HD video in 720p, plus it also features a built in LED flash. The G2 also features Swype and comes with a range of Google services built in.

“One of the advantages of an open platform is the opportunity for developers to create rich mobile experiences and seamlessly get those experiences into the hands of consumers,” said Andy Rubin, vice president, engineering, Google. “From new services, such as Voice Actions, to mobile applications, developer-led Android innovation is flourishing. On Android Market alone, the number of applications available to consumers has grown from just 50 applications two years ago to more than 80,000 applications today.”

T-Mobile will start offering the G2 to existing customers later this month who will be able to pre-order it, they have not given an exact launch date as yet. You can register for update over at T-Mobile.