T-Mobile USA has announced the launch of a new Android based smartphone by GPS maker Garmin, the Garminfone. The Garminfone is the first Android powered smartphone to feature Garmin GPS navigation built in.

It is designed to provide voice guided and on screen directions, and comes with a number of features which include real time traffic update, weather, ETA and gas pricing. 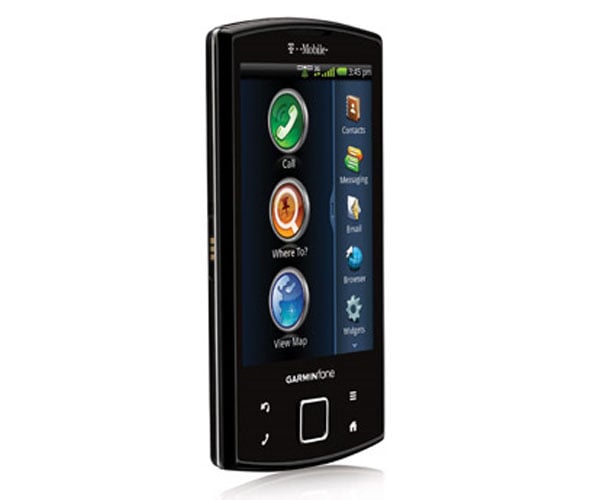 The T-Mobile Garminfone features a 3.5 inch capacitive HVGA display with a full touch based user interface. There is also a three megapixel camera, 3G connectivity, WiFi and Bluetooth 2.1.

It looks like the T-Mobile Garminfone may be running Android 1.6, rather than the latest version of Android 2.1, although this hasn’t been confirmed as yet.

The Garminfone comes with a microSD card slot which can take up to 32GB cards. The T-Mobile Garminfone will be available shortly from T-Mobile, there are no details on pricing as yet.