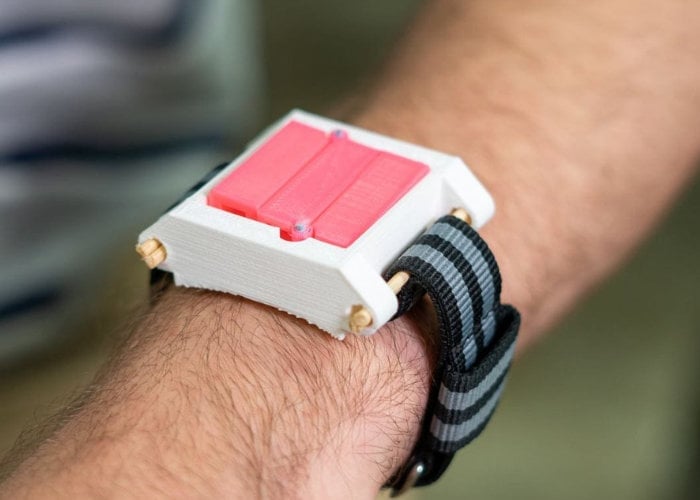 Students at Rice University have developed a new wearable syringe called EpiWear, to help those with serious allergic reactions carry an epinephrine shot such as an EpiPen on their wrist. The watch style syringe provides a small easy to carry solution rather than the bulky applicators currently available. Watch the video below to learn more about the inspiration behind the wearable syringe and the students creating the EpiWear prototypes.

The unique three-piece folding design of the wearable device makes it effectively impossible to trigger the needle by accident. When unfolded, the hinged device will be about the same length as the epinephrine pens on the market now, with the dose in the middle section and a strong spring in the top. Releasing a safety lever will allow the user to push a cap on top that, in the prototype, cuts a line and releases the spring, plunging the syringe into the user’s thigh.

The team are also developing concepts for a syringe case that would prevent the button from touching anything until the shot is necessary. The engineering students are currently using 3D printing technology to create the prototypes but hope their ideas will soon be available to consumers worldwide.

“The idea came from me, because I suffer peanut allergies,” said Tang, who worked on the device at the Brown School of Engineering’s Oshman Engineering Design Kitchen with adviser and Rice lecturer Deirdre Hunter. “I’m very self-aware and worried about my life, but it was always difficult for me to bring something as bulky and obtrusive as this when going to dinner with friends or just going out at night.”