The people at New Zealand tech company Swiftpoint have been awful busy as of late developing the bane of laptop/notebook touchpads everywhere: a miniscule new mouse you can grasp with three fingers or less. Oh, and it’s also called Swiftpoint. 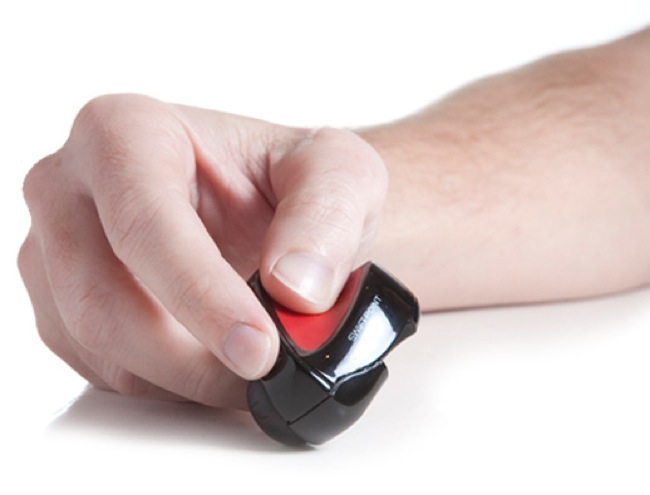 What the Swiftpoint has over your average touchpad, those pesky little squares that allow you to hardly navigate a desktop, is performance plus utility. The left and right click buttons are arranged one on top of the other along the mouse’s spine.

The ergonomics of the device was so crafted that it’s grasped like a rather thick ball pen.Whether it’s the sheer cuteness or portability that has won you over, the Swiftpoint can he had for $69.95 over at Amazon.

You can also order it from the official site. Just don’t tell your touchpad, it might get jealous and plot revenge.