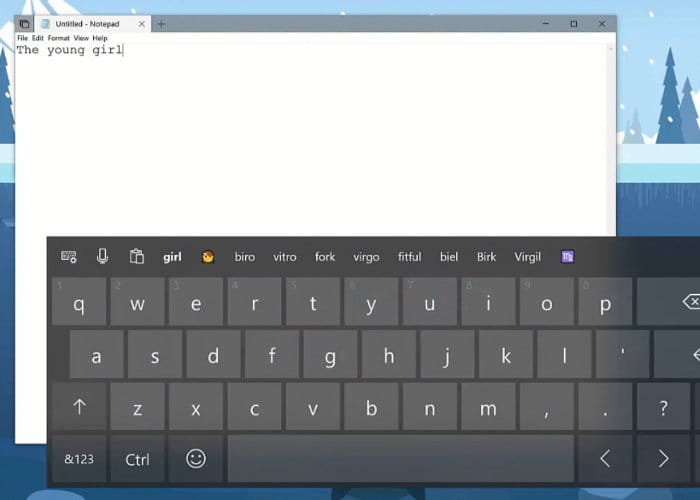 Since the acquisition of SwiftKey the quick typing application designed primarily for mobile devices back in 2016 by Microsoft, the company has been fairly quiet on its plans for the keyboard application. Until this week when Microsoft has announced that it is starting to rollout SwiftKey features to the Windows 10 operating system.

The SwiftKey fast entry keyboard is currently available to install thanks to the recent release of the Windows 10 Insider Preview Build 17692 which comes equipped with a virtual keyboard experience powered by SwiftKey technology. The Windows 10 Build 17692 also includes a few other updates including:

– Option to choose whether media can auto-play in the Edge web browser
– “Make everything bigger” slider in the Ease of Access settings lets you adjust the size of text in the OS, win32 apps, and Universal Windows Platform apps
– Search makes it easier to find official software download web pages (for all those apps that aren’t in the Microsoft Store)
– Support for streaming audio to both a Windows Mixed Reality Headset and speakers at the same time
– Game Mode and Game Bar improvements
– Narrator improvements

The implementation of SwiftKey features into Microsoft Windows 10 operating system is still currently in early preview releases but is expected to roll out to all Windows 10 users during the fall 2018. As more information is released by Microsoft on its official rollout date we will keep you up to speed as always.