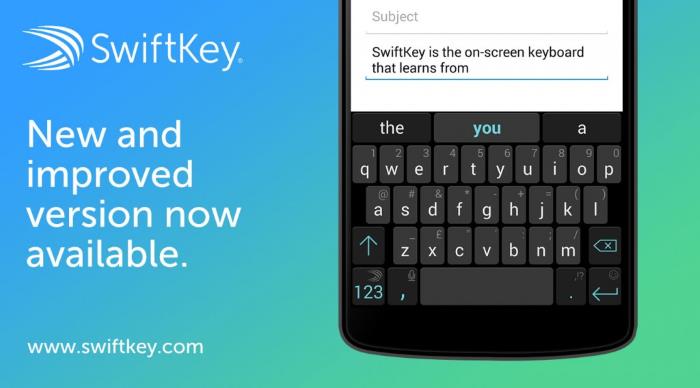 Swiftkey is one of the best keyboard apps available in the Google Play Store. I’m personally using it from almost a year, and have no complaints about it.

Recently, Swiftkey for Android picked up an update which introduces a number of new improvements, and features to improve the user experience of the app.

The latest update comes with several performance improvements, reducing the time it takes for the keyboard to appear and disappear, and offer users with a more responsive typing. Furthermore, the app brings support for 12 more languages, including Assamese, Bengali, Gujarati, Kannada, Malayalam, Marathi, Oriya, Punjabi, Tamil, Telugu, Nepali and Sinhala.

Here’s a complete change log of the latest Swiftkey update:

If you happen to be a regular user of Swiftkey, head over to the Google Play Store and grab the updated app. Which Android keyboard app do you prefer on your handset? Sound off in the comments below.