SwiftKey has today rolled out a new update to their virtual keyboard software, taking it to SwiftKey 3.0.1 and adding a number of new features and tweaks to the Android application.

As well as the obligatory bug fixes SwiftKey has also added support for Google voice typing for continuing dictation, and is supported by both Google’s Android 4.0 Ice Cream Sandwich (ICS), and Android 4.1 Jelly Bean operating system. 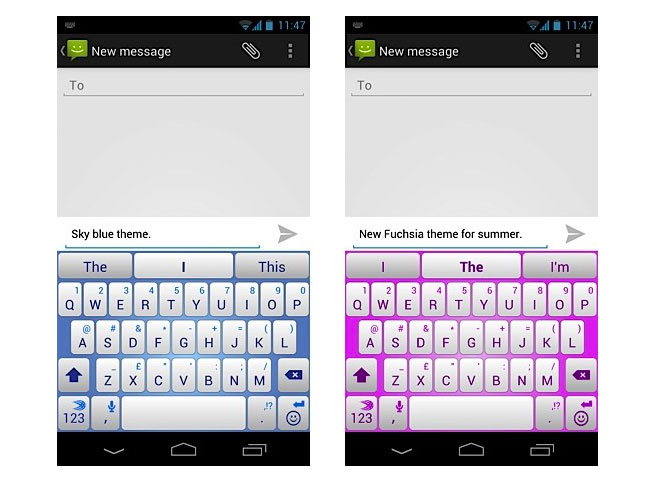 Two new summer themes have been added as well as two new supported languages have also been added, Malay and Urdu, bringing the total to 44 now being supported by the app. SwiftKey explains in their press release:

“Predictions now appear in Google Now and the Jelly Bean web browser, as well as Dolphin HD and the HTC notes app; SwiftKey’s done substantial work on the “doubledouble” problems in Google Chrome and Firefox (where text repeats or corrupts in web fields when backspacing); the jumpy cursor in Chrome has also been fixed; and the smiley button is back in GTalk! Additionally, we’ve improved behavior on Samsung Galaxy S3 devices.”

– Smart Space – fixes typos even if you miss spaces as you type
– New look – two beautiful new themes for your keyboard
– Easier layout – larger space bar, quick punctuation key and other tweaks
– Improved prediction – the words you want, more of the time

The latest version of SwiftKey is now available to download from the Google Play store.