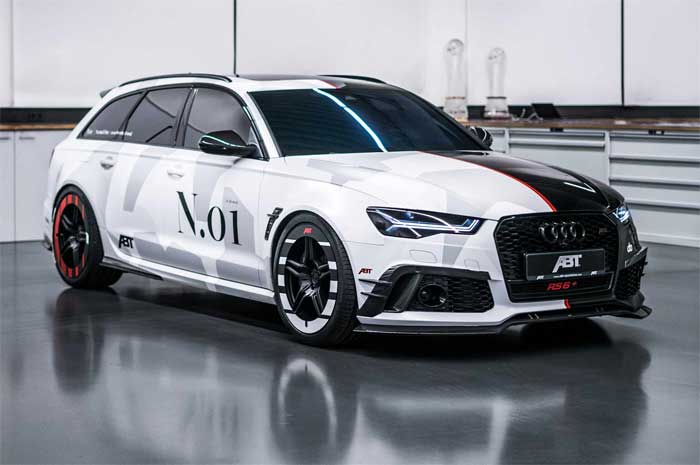 A Swedish free-skier called Jon Olsson has built a very cool new car to replace an old car that he sold. The new ride is an Audi RS 6 Performance that was massaged by ABT Individual for style and more power. The car packs 725hp and 679 lb-ft of torque.

The paint is a black and white scheme split down the middle and separated by a red stripe. The car is called project Phoenix and it has dark tinted headlights, front lip, side skirts, mirror caps, fender vents, and a real spoiler. Lots of carbon fiber is in the build.

The wheels are staggered prototype ABT aero wheels painted black, white, and orange. The video below shows the sweet Audi in action. I wish they sold these cool wagons in the States.