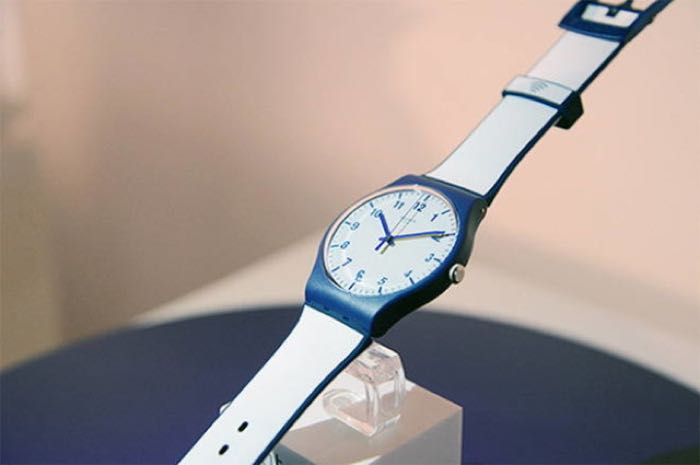 Swatch has launched a new analog watch that has some technology included, the Swatch Bellamy and the device comes with NFC and can be used for mobile payment.

The Swatch Bellamy is launching in China next year and Swatch has teamed up with China’s UnionPay to allow for mobile payments to be made with the device.

As well as China Swatch also has plans to launch its new payment watch in the US and Switzerland next year, although they did not reveal any partnerships with banks or credit card companies.

The Bellamy is a relatively low cost device it will retail for 580 yuan which is about $91 at the current exchange rate.

As well as being used for mobile payments, the device will have a range of other functions, it can be used for opening locks and hotel rooms and more.

As soon as we get some more details on when Swatch decides to launch their new NFC analog watch in the US and Europe, we will let you guys know.