We have featured quite a few different videos of quadcopters here at Geeky Gadgets, and now scientists from the Georgia Robotics and Intelligent Systems Lab have created a mobile landing pad for these quadcopters.

The landing pad is made up of five separate robots, one robot which is the leader and four robots which are following the leader, and each of the four robots communicate individually with the leader robot, have a look a the video of them in action below. 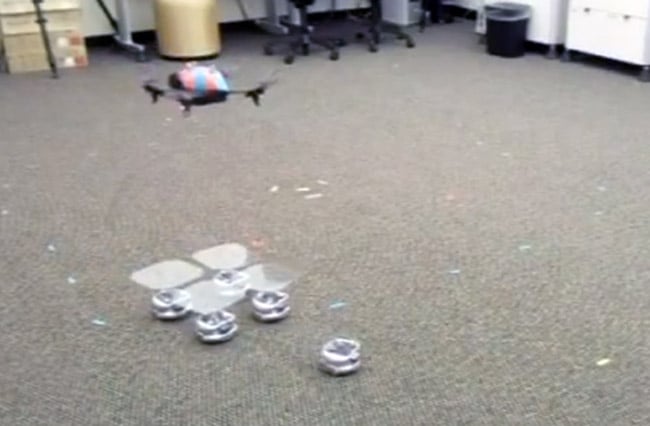 So basically each individual robot is making a decision for itself on where is the best place to position itself to form the platform for the quadcopters to land.