Okay, so maybe consigning it to the hipster crowd is a little cruel. Can’t be helped though, just look at those colors! Also, it’s a compact car! Exclamation points aside, Suzuki seem proud enough to tout their latest non-creation to the press. See, the way the trend is going now, every major automaker is preparing to unleash small compact cars to flood city streets. Better kiss that guzzling SUV goodbye then. 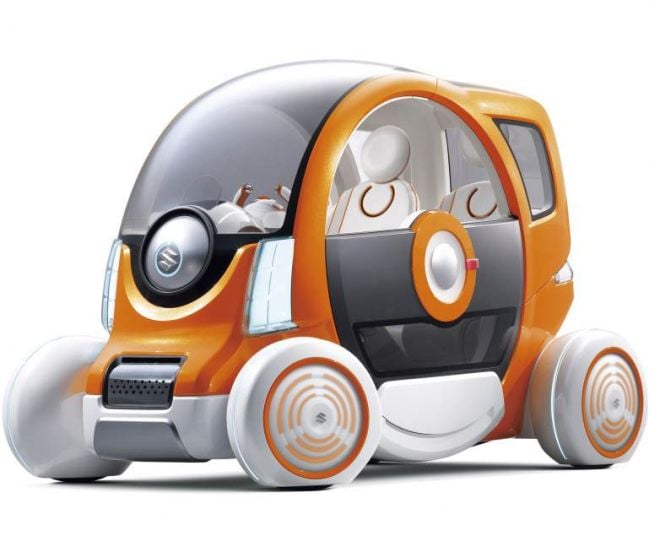 Since this is a concept, don’t expect a full rundown of its specs. You can be certain that it’s at least a hybrid—or a fully electric vehicle. Besides, it’s not supposed to go cross country or anything. It’s a small convenient ride for short convenient distances.

The interesting part is the car was designed to have smartphone functionality, meaning at some point smartphones will be the interface people will use to run their lives (as if they don’t already).

Other than its yet-to-be-realized features, the compact car’s dismal passenger capacity (a couple of people tops) is also indicative of future demographic trends.

It’s obvious that when compact city cars come out in full force, it’ll be an accessory for small families and single people. Could this somehow mean global population growth is going to flatline at some point? Either that or a lot more individuals will be buzzing around in their compact cars. Think India.