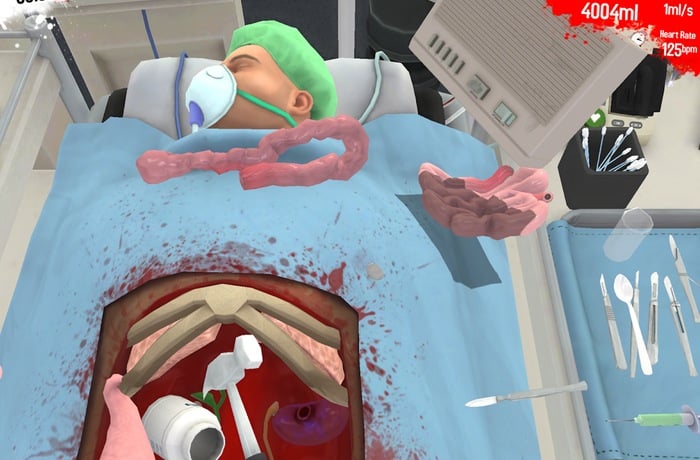 Those of your that fancy your skills at becoming surgeon, and own Android devices, might be pleased to know that the hugely popular Surgeon Simulator Touch game has now launched for Android and is available to download from the Google Play Store priced at $5.99.

Surgeon Simulator Touch has been available since January 2014 on iOS devices and after a huge amount of requests from Android owners its developers Bossa Studios have finally released an Android version of the game for you to enjoy.

Surgeon Simulator was originally created in a 48-hour period for the 2013 Global Game Jam, but the developers continued and spent 48 days creating a commercial version released in January 2013. Bossa explains a little more about the new Android version now available for $5.99.

“After more requests than we could possibly fit in to a YouTube video, the critically acclaimed, BAFTA-nominated, one-handed, clumsy, bumbling, surgery simulation game is now coming to Android Tablets!

Join the ranks of more than one million players who butchered Bob for the amusement of 250 million people who watched the failed surgeries on YouTube, now from the comfort of your awesome Android, anytime, anywhere. Hospitals don’t get any better than this, really.

Players can use their android tablets to operate one of would-be surgeon Nigel Burke’s flailing arms, in an attempt to perform life-saving surgery on his peaceful and trusting patient, Bob.”

– The trusty Heart and Double-Kidney transplants that you know and love;
– Two new surgeries: Give Bob a smile with Teeth transplant, and a great look with Eye transplant (see what we did there?);
– Feeling lucky? Abandon the operating theatre and try your hand on a moving trolley in the hospital corridors;
– Brand-new control system: gone is Nigel’s rugged, super-masculine left arm; in are YOUR nimble fingers;
– More than 50 new achievements to unlock and prove you rule (or scream and cry in frustration – you choose!);
– Tons more we won’t tell you so we don’t spoil the surprise