If you like a little bit of retro film footage or have a few old Super8 reels of film you need to view but dont have a projector. You could always have a go at creating your very own Super8 projector from Lego.

This  fully functional Super 8 Movie Projector was built using Lego Technic by Friedemann Wachsmuth. The only non-Lego parts within the whole Lego projector are the lens, the reel spindles and the lamp. Watch a video of the Super8 Projector in action after the jump. 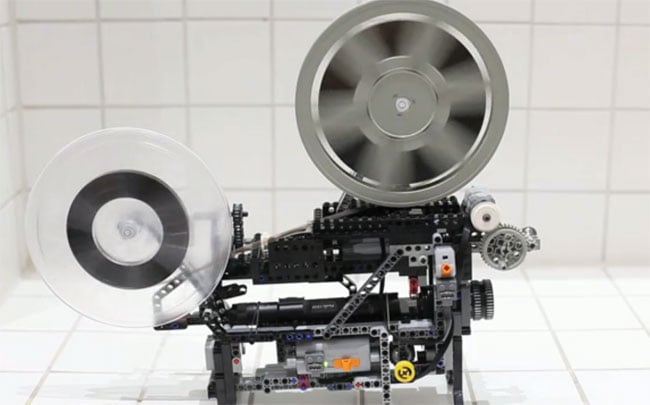 The projector uses just two engines and is fully featured with automatic feeding, 24 fps, fast rewind and 120m reel capabilities. Using a decent LED flashlight makes all the difference for an amazing projection show, according to its creator.

Designed and built by  Friedemann Wachsmuth