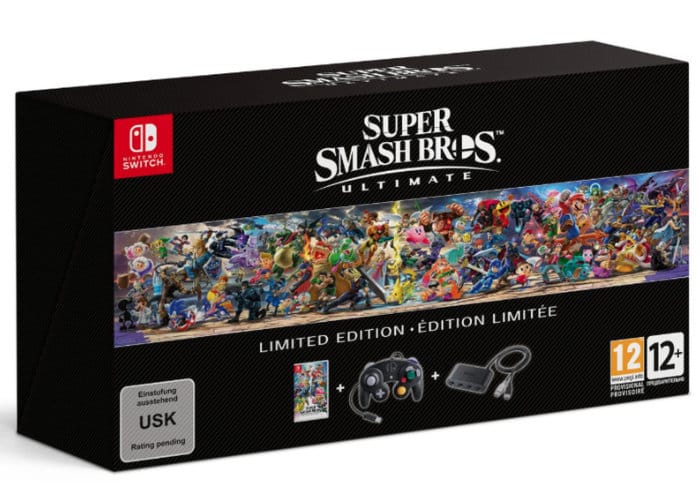 The highly anticipated Super Smash Bros. Ultimate edition of the game will be available to play on 7th December 2018 and takes the form of a fighting game developed by Bandai Namco Studios and Sora Ltd. and published by Nintendo. Within Super Smash Bros. Ultimate each character has a unique set of moves and abilities, as well as a powerful Final Smash attack that often affects all opponents on the field, triggered by activating a Smash Ball power-up that appears on the field.

The game offers a number of multiplayer game modes including “”versus” mode where up to four opponents, either human or computer-controlled, can battle against each other; a “smash” mode that allows up to 8 players to battle individually or as teams. Ultimate introduces several new modes: a Tourney mode for up to 32 players, creating the elimination playoff brackets for the players; a Smashdown mode where once a character has been selected and used in a round, the character no longer becomes available to play; and a Smash Squad mode where two players or teams use a set of either three of five selected fighters; when one fighter is eliminated, the next fighter for that side is brought into play. The game also includes single player modes for practice and training, as well as a return of its Classic single player campaign, where the player is given a unique set of battles to complete specific for each playable character in the game”. For more information jump over to the official Nintendo website.