Most people have seen water skiers in action or even been dragged behind boats on inflatable rings themselves, but how would you fancy being dragged behind the same boat underwater?

A new water sport product has been developed called the Subwing, which has been designed to enable you to do just that, and explore the depths as you are towed along. Watch the video after the jump to see it in action. 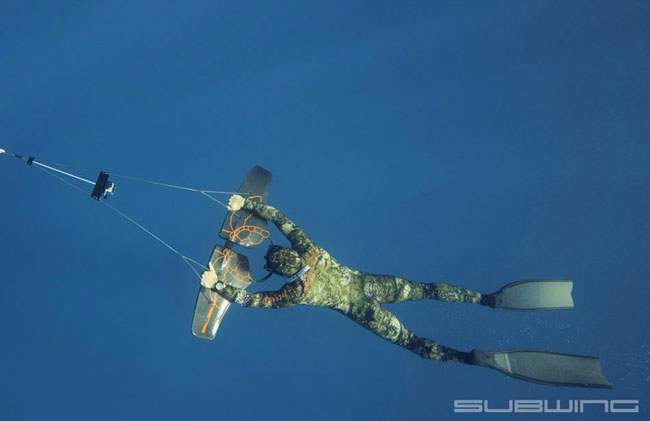 Subwing was invented during the summer of 2010 by Simon Sivertsen, who since then has developed the Subwing’s design and performance.

“SUBWING gives you the opportunity to explore the sea in a way never done before, choose your own pace and glide directly above the ocean sand floor, do thrilling twists and turns, or simply cruise along at the surface

You can easily control the movement of the SUBWING by tilting the wings in different directions. By doing this you can easily achieve dives (up and down), sideways movements or spins.”

The Subwing is now available to purchase either in finer glass or carbon fibre starting from $700, and currently has a 3-6 week delivery time. Jump over to the Subwing website for more details.