Another fantastic infographic following on from the Apple’s 500,000 Approved iOS Apps. This one features a fantastic subway layout designed and created by Robin Richards which illustrates a map of all Microsofts acquisitions and investments covering its complete empire to date. click on the image after the break to view a supersized version in all its glory. 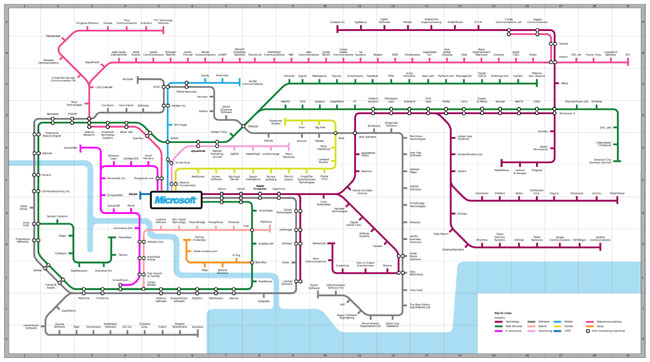 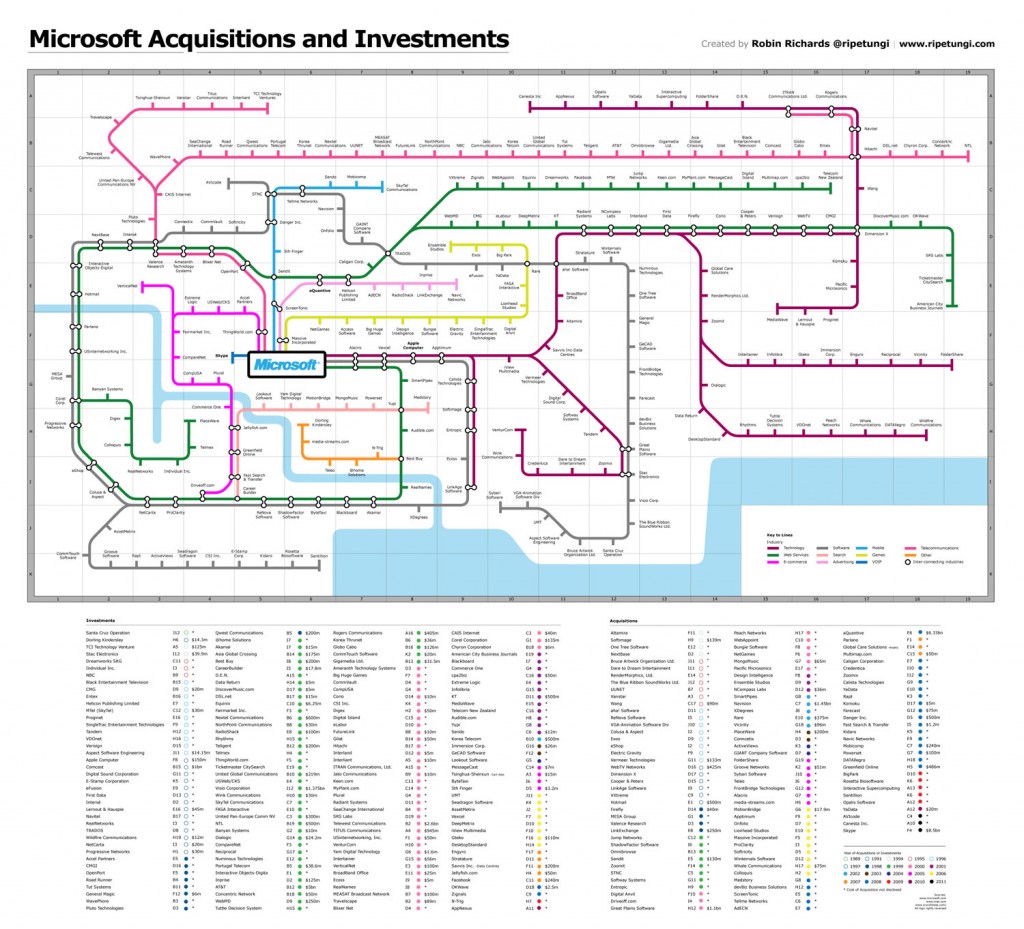