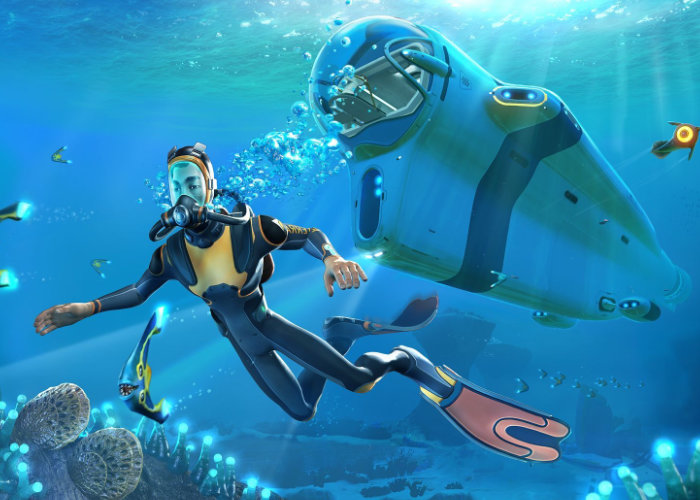 After already launching on PC, Xbox and PlayStation the development studio Unknown Worlds Entertainment, responsible for creating the open world underwater adventure Subnautica has this week confirmed the game will be launching on the Nintendo Switch early in 2021, announcing the news at this months Indie World Showcase. Subnautica was released in early access for Microsoft Windows in December 2014, Mac OS X in June 2015, and for Xbox One in May 2016.

“After crash landing in your Life Pod, the clock is ticking to find water, food, and to develop the equipment you need to explore. Collect resources from the ocean around you. Craft diving gear, lights, habitat modules, and submersibles. Venture deeper and further form to find rarer resources, allowing you to craft more advanced items.”

“Build bases on the sea floor. Choose layouts and components, and manage hull-integrity as depth and pressure increase. Use your base to store resources, park vehicles, and replenish oxygen supplies as you explore the vast ocean. What happened to this planet? Signs abound that something is not right. What caused you to crash? What is infecting the sea life? Who built the mysterious structures scattered around the ocean? Can you find a way to make it off the planet alive? Build a Pressure Re-Active Waterproof Nanosuit, or PRAWN Suit, and explore extreme depth and heat. Modify the suit with mining drills, torpedo launchers, propulsion cannons, grappling hooks and more.”

We’re excited to announce today that Subnautica and Below Zero are coming to Nintendo Switch in 2021! Read more on our blog and sign up to our Switch newsletter for future news ▶️ https://t.co/M4DtN0npQp #IndieWorld #NintendoSwitch pic.twitter.com/Z6xwyq1bm0