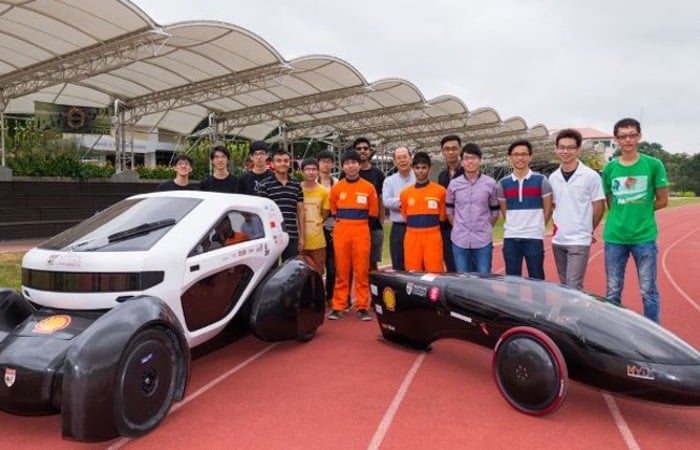 Students at the Nanyang Technological University (NTU) have created two solar powered vehicles that have been 3D printed and will be entered into the Shell Eco-marathon Asia competition later this year in the Urban Concept category.

One vehicle use a honeycomb design for the interior panels to keep weight to a minimum but provide the required strength. While the NV9 vehicle has been created in the form of a three-wheeled vehicle which can take corners using a “tilting” designed inspired by motorcycle racing designs NTU Associate Professor Ng Heong Wah explains a little more :

“We are extremely proud to have designed and assembled a 3D printed body shell for the electric car,” said NTU Associate Professor Ng Heong Wah. “The 3D printed car body was pushing existing technology to the limits and we are so pleased that it has paid off. Using the latest engineering techniques learned from their studies in NTU, the students have developed innovations such as silicon solar cells that can be contoured to follow the car’s shape. 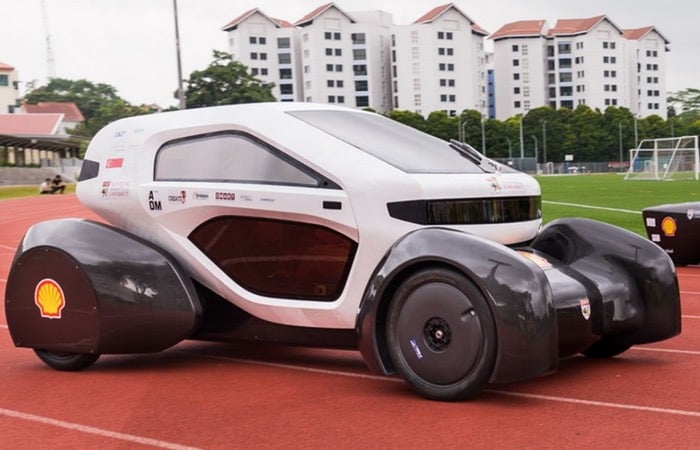 We decided to go with a 3D printed cabin made from lightweight plastic as we wanted to maximize the internal space — and driver’s comfort — while still being able to [keep] the weight to a minimum,” says Wahab. “Despite being an Urban Concept car, it is no slouch and can reach a top speed of 60km/h (37 mph), while maintaining low energy consumption.

For it to be lightweight, thin and yet strong, we integrated a honeycomb structure and a unique joint design to hold the parts together,” Wen said. “When seen against the light, the structure has a translucent, see-through effect like a dragonfly wing.”

For more information on the new solar powered vehicles jump over to the NTU website for details.