It’s tight and doesn’t go larger than medium. How’s that for a tube dress, guys? Oh wait, it should’ve been addressed to girls. Let it be writ that Geeky Gadgets doesn’t endorse men wearing tube tops. But hey, to each his own.

Moving on, seen below is an alluring jersey knit tube dress perfect for a hot lady on a rather game-themed evening outing. Pair it up with equally fashionable shorts and slippers, thereby creating a passable summer look even if the days of summer are on the wane. 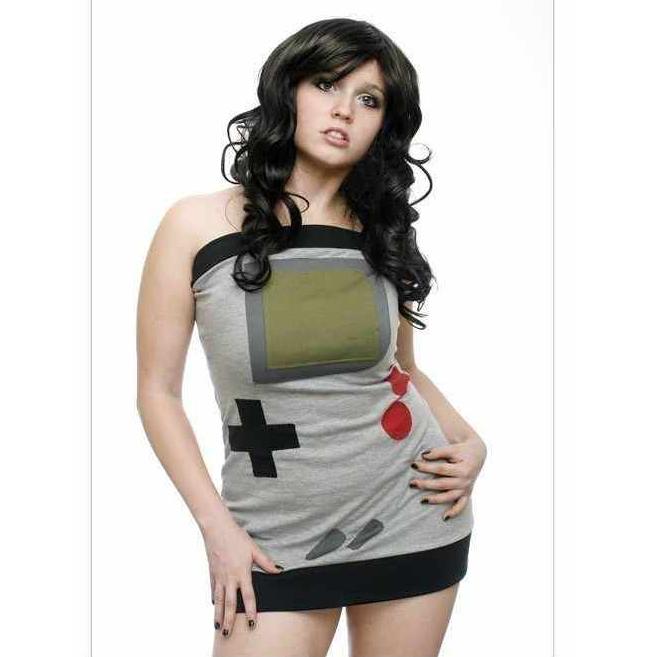 The DIY tube dress is currently being sold at–where else?–Etsy and it’s retailing for $70. Not exactly haute prices but it’s respectable enough.
Created by Etsy fiend HereandThereVintage, the current line of clothing marries pop sensibilities and modern day kitsch for that cartoonish effect. After all, we live in an infantilized world where retrogression is a constantly recurring norm on frequent replay. (Forgive the alliteration.)
Alright, enough wordage. Let’s all just ogle the dress on the mannequin and her suspended animation posture. The lady upstairs could be a cyborg sent back in time to entice the unsuspecting future leaders of the resistance.
Don’t you dare think of pressing those buttons! Now quick, somebody go hubba-hubba.
Source Geekalerts