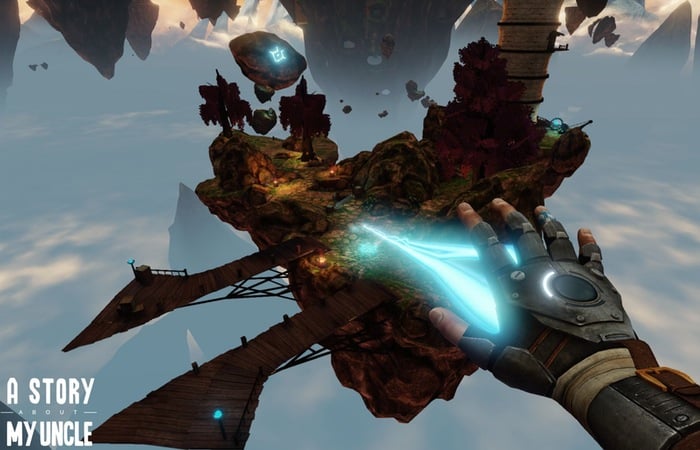 As well as releasing a new gameplay trailer for the upcoming first person platform adventure game, A Story About My Uncle. Its creators Gone North Games have also announced that the game will be available on Valve’s Steam games network from May 28th 2014.

The unique A Story About My Uncle game, takes place in a bedtime story shared between a father and daughter. Check out the gameplay trailer after the jump to find out more.

During the game you need to use your uncles inventions to traverse the strange world and movement plays “a crucial part” in the gameplay say the games creators.

“When the father was young, his biggest dream was to follow his uncle Fred on his many adventures around the world,”-“When the uncle one day disappears, the boy decides to go after him and ends up in another world.”

For more information on the new A Story About My Uncle jump over to the Steam game network website for details.