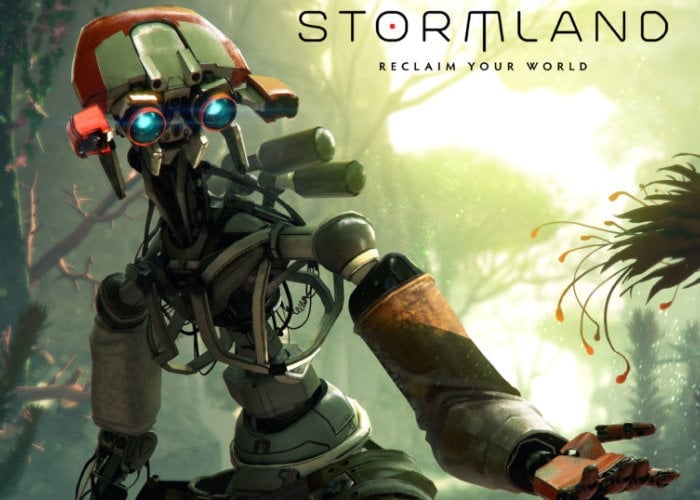 If you would like to learn more about Insomniac Games new VR single player and cooperative virtual reality shooter check out the video below created by Ian Higton over at Eurogamer. Stormland is now available exclusively on the Oculus platform and will be officially launching before the end of the year.

“Stormland VR is a pretty incredible VR shooter from Insomniac Games and Ian’s been playing it in his VR Corner for this special mid-week episode! Stormland VR gameplay feels a bit like playing a sci-fi Far Cry and there’s some really exciting ways to approach combat and traversal in here! Find out what Ian thinks of the game and see how it plays in this Stormland VR review which shows off some Stormland Rift S gameplay from the infinite Cycling World section of the game!”

Features of Stormland include the ability to :

– Move with velocity. Explore the open world with exhilarating freedom. Fly across the slipstream, boost through a cyclone burst, launching you to a high cliff, and glide back down with all-new Touch mechanics.
– Discover a changing otherworld. Each week, the Stormland reveals new challenges set among never before seen peaks, ruins, strongholds, and caves nestled in an expansive cloudscape.
– Fight with freeform style. Equip high tech weapons to overcome the Tempest’s army of synthetic troops Augment your android abilities to cloak your body, manifest shields, and harness electricity. Find new tech, build yourself up, and discover just how far you can push past the limits of your design.