Today’s latest devices have accelerometers and other sensors built into them, and Seattle-based artist Scott Garner figures, why not combine them with art? 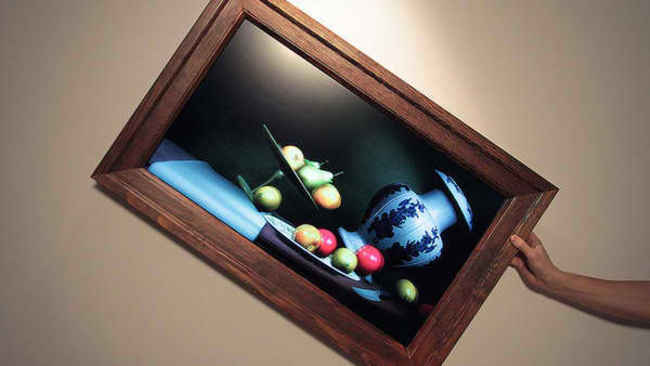 The result is a Still Life project by Garner, wherein he uses modern technology commonly found on smartphones and the like to show paintings that also move, depending on how you hold them.

A vase, for example, when tilted, tips to the side, while fruits roll over just as they would do when placed on a regular table. Garner’s project relies on a framed TV set with a motion sensor at the back.

The angle of the frame/TV, when moved, is fed into a computer, which analyses it and outputs the necessary angle of the objects. Garner used a video game engine called Unity 3D to programme his project.

The project was made by Garner as an intern and in the future, he again hopes to mix art and technology in most of his works.