We have featured quite a few different Xbox mods here at Geeky Gadgets, the latest one was created by Robet LaMonte, a simple yet stylish design that gives his Xbox 360 a cool steampunk look.

Robert wanted to add some extra cooling to his Xbox 360, so he decided to give it a new look at the same time, he added some brass accents, some gears and had it painted with a wood look finish by the guys over at Liquid Transformations. 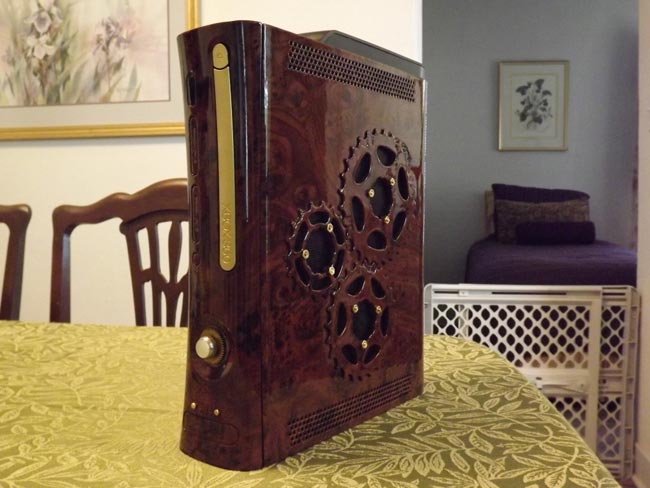 I really like the design, and the wood effect paint job looks amazing, you can find out more information about Robert’s steampunk Xbox 360 mod over at Brass Goggles and also on his Facebook page.

Thanks Robert for the tip!