We have seen quite a few different steampunk mods here at Geeky Gadget, but the latest one from Bruce and Melanie Rosenbaum has to be the most impressive we have seen so far, the Steampunk Victorian Organ Command Desk.

As you can see from the photos, everything on the Steampunk Victorian Organ Command Desk has had the steampunk treatment, the desk is made up of three monitors, a printer and scanner, a web camera and a steampunk themed keyboard. 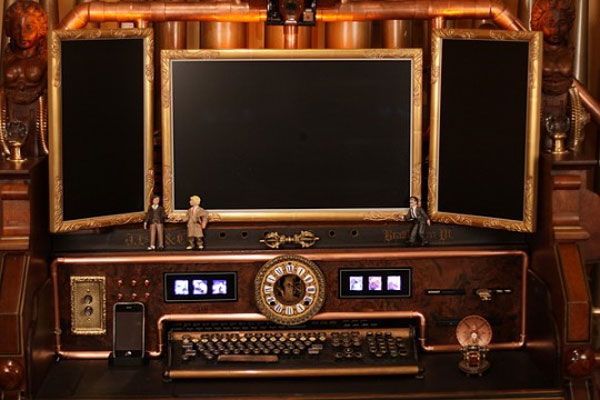 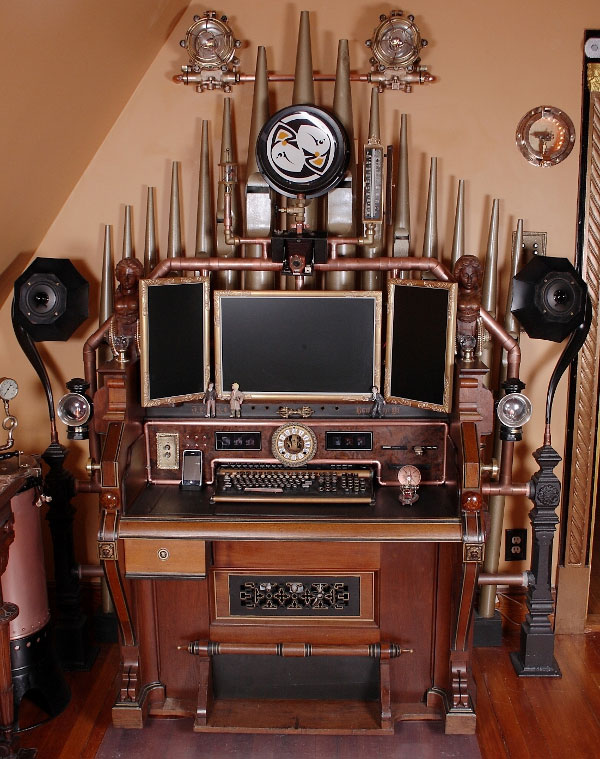 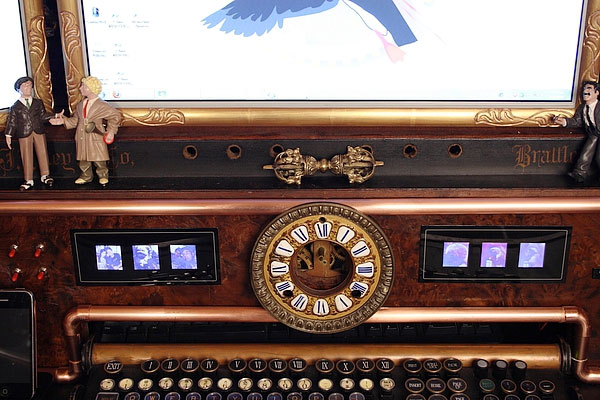 There are also a pair of horn speakers, various USB and card readers built into the desk, as well as a clock and six digital picture frame displays, I have to admit it looks pretty amazing.

Head on over to the Steampunk Workshop for more photos and details on this amazing Steampunk Victorian Organ Command Desk.