If you are a fan of Steampunk creations then this Steampunk Turntable will definitely bring a smile to your face. The creation was built by Simon Jansen of Auckland, New Zealand.

It was built due to Simon’s desire to listen to an old Sex Pistols LP he had and comes complete with steam whistle. Watch the video after the break to see the boiler fired up and the pistons in action. 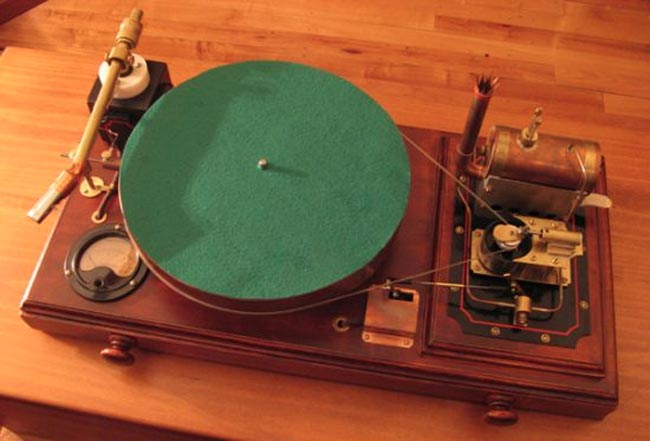 It definitely can’t be called the quietest or most practical turntable every produced but as far as creativity goes its definitely up there at the top and has to be the only steam powered turntable ever produced. Watch out for the Rick steam rolled.