Wayne Eyre, a steampunk fan has turned his den into the ultimate steampunk themed room, the Steampunk Submarine Room.

The Steampunk Submarine Room is designed to look like a shipwrecked submarine, and it even features ‘plutonium leaking’ torpedoes, as well as a projector and screen, plus a custom sound system. 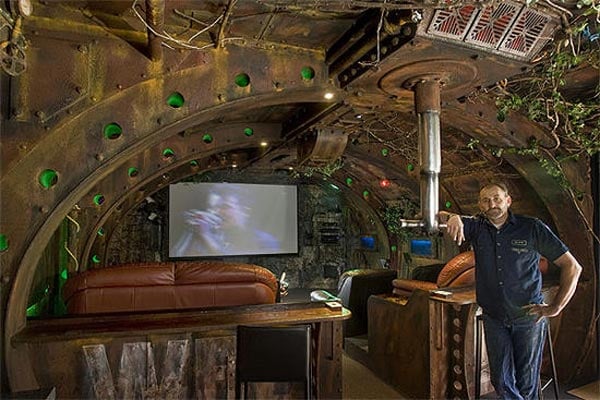 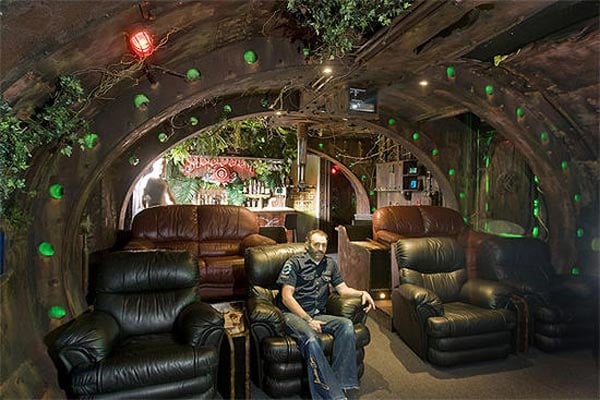 The Steampunk Submarine Room cost Wayne $100,000 New Zealand dollars to make , about $72,000 US, and was made using custom pieces of MDF, which were then sprayed with concrete and touched up to look like rusted steel beams.

The room even has its own working periscope, along with a full sized bar and some leather recliners, this has be one one of the coolest man caves we have seen so far, Wayne certainly put a lot of effort into making this awesome submarine rook.