We love anything to do with steampunk here at Geeky Gadgets, and have featured a number of steampunk themed gadgets and gizmo’s, the latest one is this cool steampunk gun created by Ivan Mavrovic.

This cool steampunk gun took Ivan over a month to make and it comes with a range of functions that would put any Swiss Army knife to shame. 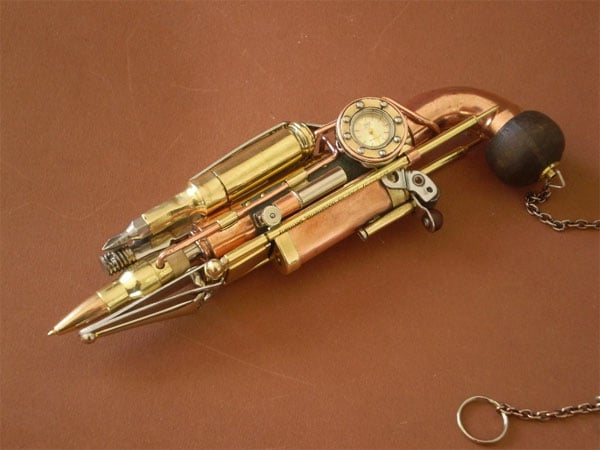 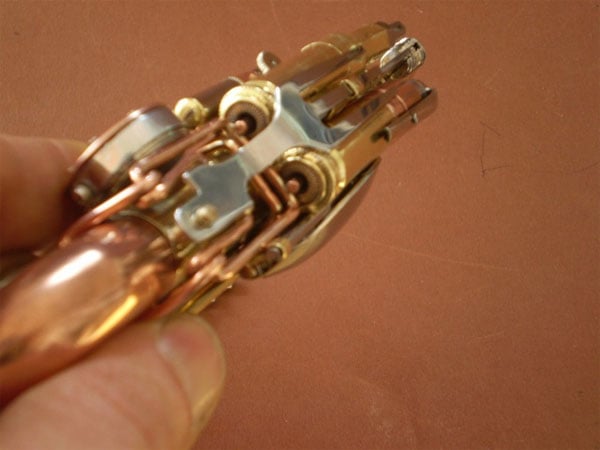 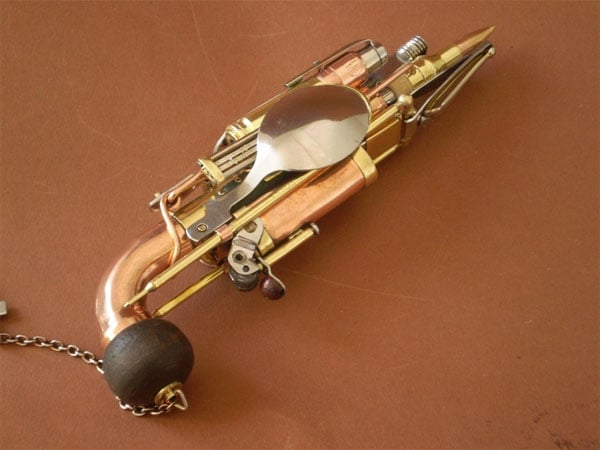 The steampunk gun is made from a combination of brass and copper, there is also some steel in there and a bit of wood and leather thrown in. It has a built in fork, spoon, lighter, USB drive, a watch, a torch, a screwdriver, a pipe, a saw, nail clipper and even a toothbrush.

It looks like this is the only one, and Ivan doesn’t have any plans to sell it. Head on over to Mental Design for mode details on this awesome steampunk gun.