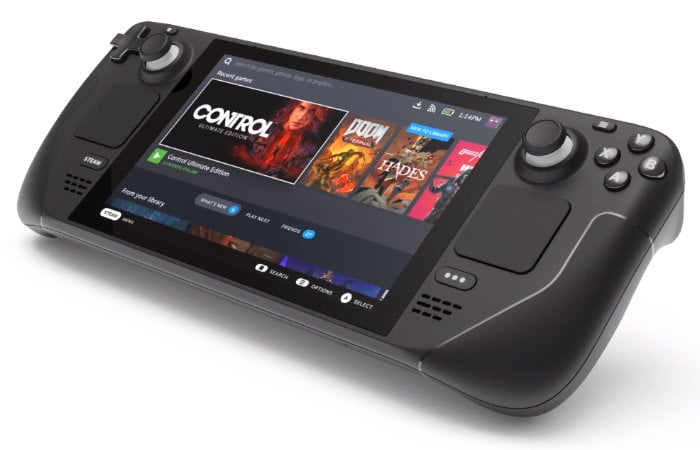 Following on from the introduction of its new Steam Deck games console, Valve has now released a new video offering a quick introduction to the Steam Deck console providing a quick overview of its features and performance. Earlier this month Valve allowed a number of YouTube tech influencers to have a hands-on experience with the handheld console for a short time and we featured the thoughts of Linus from Linus Tech Tips.

Providing a great overview of what you can expect from the controls, display, performance and connectivity of the handheld console. IMU and capacitive touch thumb sticks on-board, Steam Deck allow you to play your games in a number of different ways depending on your preferred style.

To create the hardware for the new games console Valve partnered with AMD to create a custom APU a Zen 2 + RDNA 2 optimized for handheld gaming, “delivering more than enough performance to run the latest AAA games in a very efficient power envelope” says Valve.

Valve is expected to launch the Steam Deck later this year during December 2021 pricing it from $399 in the USA and from $349 in the UK for the 64 GB version with 256 GB and 512 GB NVMe SSD internal storage systems also available priced at £459 and £569 respectively.