Stealth Computer has this week unveiled a new addition to their range in the form of the Stealth LPC-480 Ivy Bridge mini PC, which measures just 146 x 250 x 42 millimetres in size. 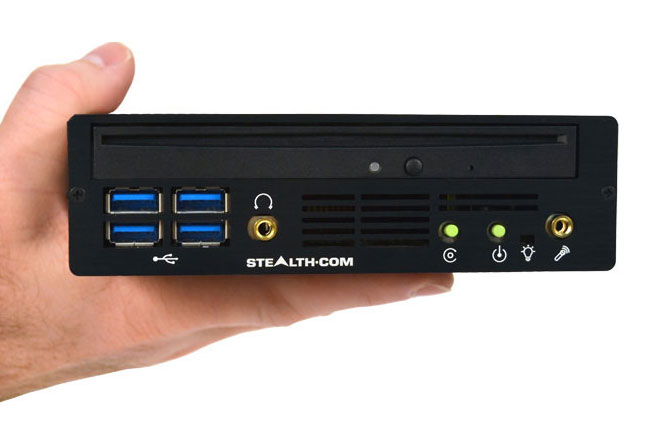 Stealth Computer has also created a slightly less powerful version which is equipped with a 1.9 GHz Intel Celeron B840 processor with on-board Intel HD 3000 graphics.

The Stealth LPC-480 Ivy Bridge mini PC is supplied with 4GB of SODIMM memory, but can support unto 16GB if required, and the LPC-480 comes with a number of storage options available which include 128 GB, 256 GB and 512 GB solid state disk (SSD).

“The Stealth LPC-480 utilizes powerful Intel Core Processors including i7 Mobile and Intel B840 CPU options with plenty of power to run your demanding applications and in a fraction of the space. The Stealth LPC-480 series Little PC is packed with features including a concealed front slot loading optical drive, USB, RS232, GB LAN ports, 2.5″ mobile hard drive with up to 1TB of capacity or SSD options, 3D video graphics, audio in/out and much more. The LPC-480 operates from an external 12VDC power adapter (included) or can be connected to an external DC source making it ideal for mobile and remote applications.”

The Stealth LPC-480 is available to purchase for $1,820 and is capable of running Microsoft’s latest Windows 8 operating system, or older versions of XP and Windows 7, together with Ubuntu and Windows Server 2008 R2. For more information on the new Stealth LPC-480 jump over to the Stealth Computer website for details. 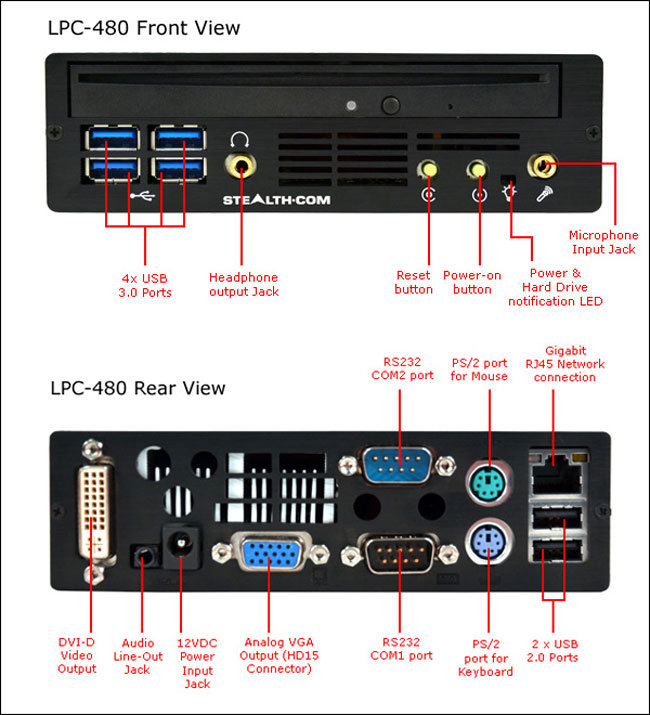