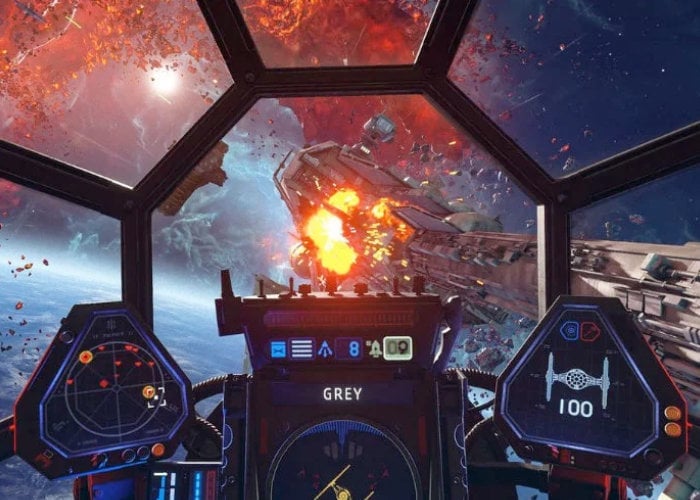 Gamers patiently waiting for the arrival of the new Star Wars Squadrons game, will be pleased to know it has today launched on PC, PlayStation 4 and Xbox One. Offering a space combat game set in the Star Wars universe developed by Motive Studios and published by Electronic Arts.

“Fight alongside your squadron to tip the scales in monumental fleet battles and compete in intense 5 vs. 5 dogfights. Get into the cockpit and triumph as a team by completing tactical objectives across known and never-before-seen battlefields, including the gas giant of Yavin Prime and the shattered moon of Galitan. “

“Customize the loadouts of starfighters such as the X-wing and TIE fighter and divert power between their weapons, shields, and engines as you roar into the fray. Immerse yourself in strategic multiplayer space battles and a thrilling STAR WARS single-player story, seen from alternating perspectives between the New Republic and the Empire.”

Playing Star Wars Squadrons you take control of ships from the Star Wars Galactic Empire and the New Republic navy using options and customisations to the spaceships weaponry, shields and engines to defeat opponents in air to air combat.