At this years New York Comic Con 2013 a new interview, behind the scenes look of the new Star Wars Rebels movie has been shown. Allowing fans to see a little behind the scenes footage of the creation of the new animated film as well as a a first look at a new marquee villain called the Inquisitor.

The Inquisitor within the Star Wars Rebels movie has been tasked by Darth Vader to hunt down the remaining Jedi Knights. and can bee seen briefly in the trailer after the jump. 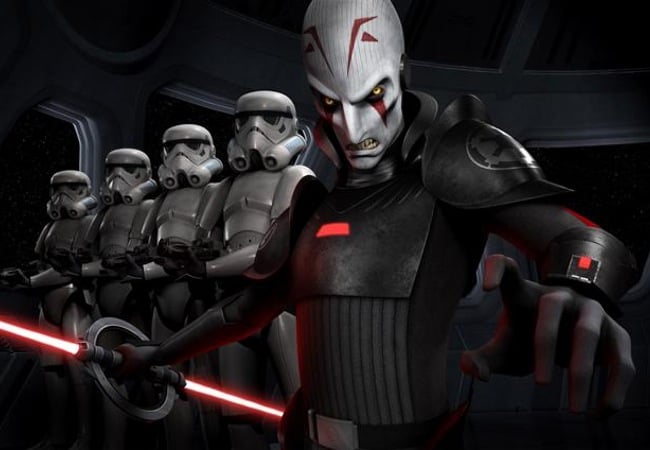 Within the trailer executive producer of Star Wars Rebels, Dave Filoni explains a little behind the development of the new animated movie and the upcoming animated series. Explaining how the Empire will play a prominent role in the upcoming new releases.

Star Wars Rebels is set to debut on Disney XD in 2014 and takes place between Star Wars Episode III: Revenge of the Sith and Star Wars Episode IV: A New Hope. Its the development term includes executive producers Simon Kinberg and Greg Weisman, Kiri Hart head of development, Pablo Hidalgo from Lucasfilm’s Story Group, and more, together with many Star Wars: The Clone Wars veterans such as Kilian Plunkett, Joel Aron, and Steward Lee.