The sculpture is static and there are no movable parts even though the Imperial Walker AT-AT appears to be in mid-stride. ts weighs in at 15lbs and the main body is constructed from power supply boxes from old computers, the head from floppy drive housings and its legs and feet from various scrap metal. 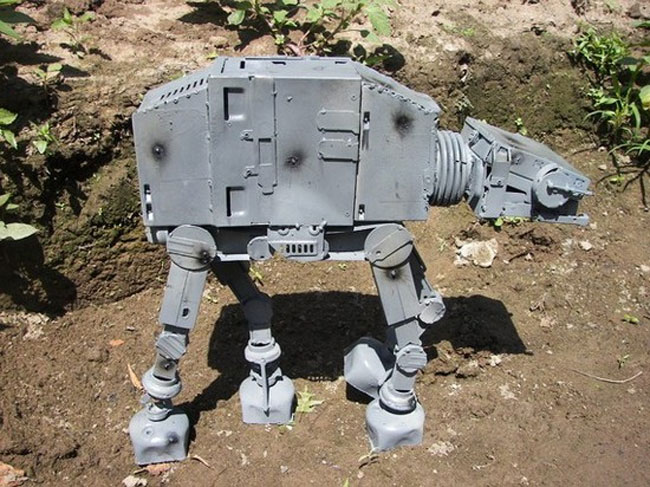 The whole sculpture was then finished with Two coats of cold galvanizing primer are applied followed by a coat of varied grays and finished with two coats of protective gloss and ten attacked with the artists arc welder to create the random battle scars. 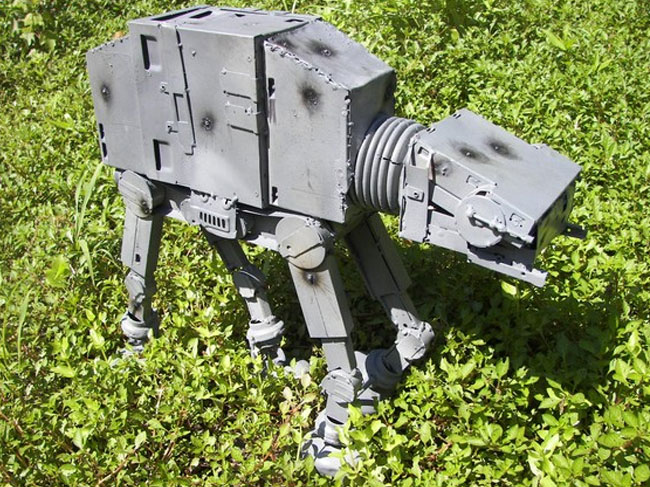