Check out this fantastic replica Millenium Falcon holochess table Created by Philip Wise. Who has tried to create the most exact replica he possibly could. He has even built in the 50sec light and studio pattern from the first movie in the Holochess table which plays from an internal flash drive. Check out the video after the jump. 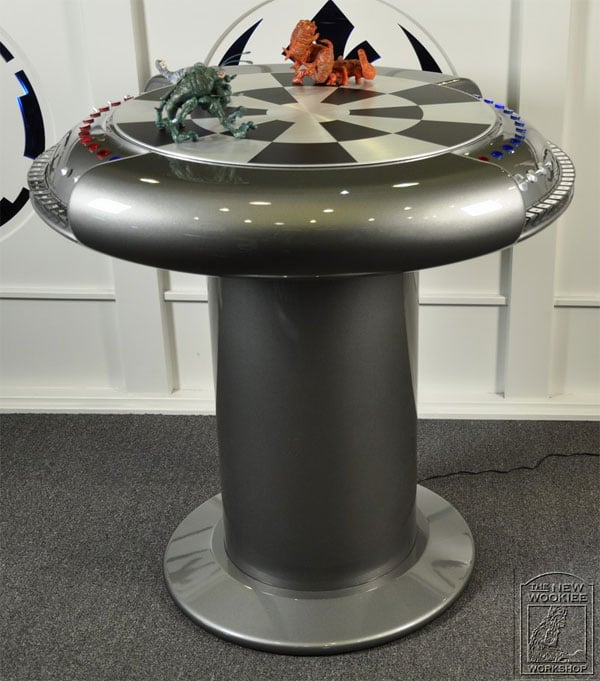 Hes also created a Steam Punk Star Wars Holochess Table version which also look s awesome and can be found with more pictures and his thoughts behind his design at therpf.com. You can also view the 3D rotatable rendering of the table here