If you have been eagerly awaiting the launch of the new Star Wars Arcade: Falcon Gunner augmented reality iPhone game then you will be very pleased to know it is now available to purchase from the iTunes App Store for $4.99. Watch the video after the jump. 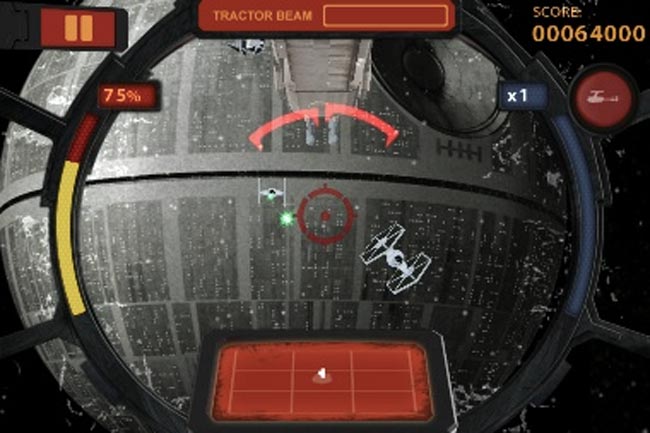 You can play Star Wars Arcade: Falcon Gunner in either normal background mode with a Death Star or augmented reality which will remove the Death Star and show you your surrounding in the iPhone screen. Fantastic.

Falcon Gunner is licensed from Lucasfilm and published by THQ Wireless, but it was designed and developed by Vertigore Games, a startup incubated at Futurity Ventures.