Space.com have created an infographic summarising the past 45 years of Star Trek from its humble beginning back in 1956 right up to the new movies expected to be released in 2013.

Six television series and 11 movies later the Star Trek and Gene Roddenberry’s vision of the future is still going as strong as ever. The first series debuted in 1966 and ran for three seasons following the adventures of  James T. Kirk and the crew of an exploration vessel of a 23rd century galactic “United Federation of Planets” – the Starship Enterprise.  View the full infographic after the jump. Enjoy! 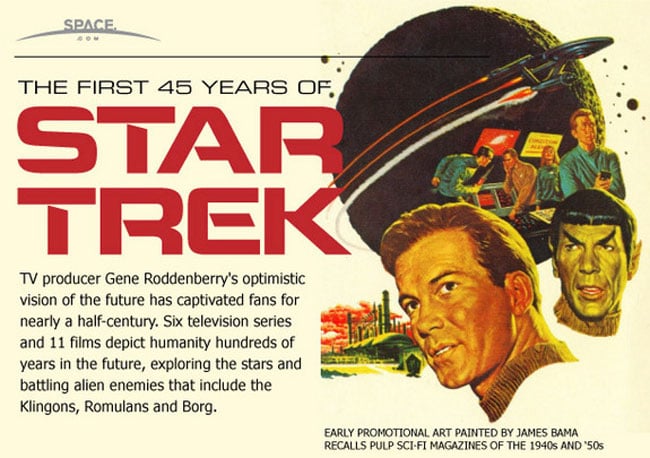 Source: SPACE.com: All about our solar system, outer space and exploration