Recording video on your smartphone can sometimes produce shaky footage, but a new design recently launched on the Kickstarter website, is hoping to reduce the shake during recording allowing you to capture beautiful shake free footage directly from your smartphone camera.

Dynamo Innovations Group, Inc. have created the Stabil-i Case which has initially been designed for the iPhone, and provides a way to capture smooth cinematic video footage. 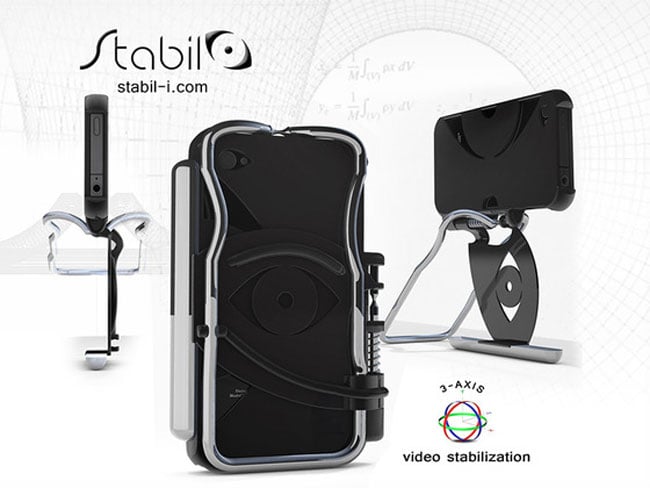 The two man team responsible for the new Stabil-i Case design explain their idea in the video below.

“Even though the resolution and quality of cameras has increased greatly while size has decreased, there is still one limiting factor- shake & vibration. With our backgrounds in film and video production, we’ve used some of the leading camera stabilization equipment in the film industry. We know firsthand that having the right tools can make all the difference. We decided that there needed to be a stabilization system that was as compact as the phone itself. “