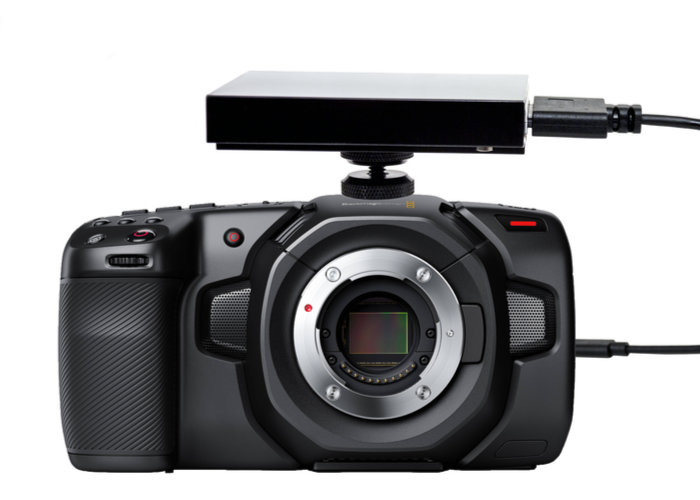 Digital photographers searching for a way to attach additional storage to their digital cameras in the form of SSD drives. May be interested in a new mounting system aptly named the DriveMount. The small drive attachment provides a simple yet versatile solution for mounting 2.5″ SSDs to cameras for recording 4K video formats and similar. watch the demonstration video below to learn more about the DriveMount created by SoulCow.

DriveMount is now available to back via Kickstarter with early bird pledges available from $100 with shipping throughout the United States expected to take place during March 2019. Its designers explain more about the inspiration behind the SSD camera mount.

“Thanks to innovative camera companies and the growing online filmmaking community, we’ve gone from Hi-8 to DV tape to SD cards. There’s still one major problem: when you record high end formats like 4K, regular memory cards don’t cut it. Blackmagic Design released their revolutionary Pocket Cinema Camera 4K with a tiny feature intended to fix that problem. A USB-C port for recording straight to SSDs. We need a way to mount SSDs to cameras and rigs that will be as easy and secure as putting a memory card into a camera.”

Features of the DriveMount include :

– fits standard 2.5″ SSDs
– attaches securely to your camera or 15mm rail system
– runs at SATA III speeds, the fastest available from 2.5″ SSDs
– comes in any color as long as it’s black
– and a 2.5″ SSD cost less than a CFast card of comparable storage size
– connects straight to computers with USB-C for quick turnaround projects
– is universal, designed to work with Mac or PC and compatible with USB-C capable cameras from all your favourite companies (so far only Blackmagic, but just wait)