Here is another fun spy gadget for all the James Bond fans out there, the Spymax W1 Spy Camera Watch, an ideal accessory for your next undercover spy mission.

The Spymax W1 Spy Camera Watch features a hidden camera in the watch face and it is capable of recording video and taking still photos. 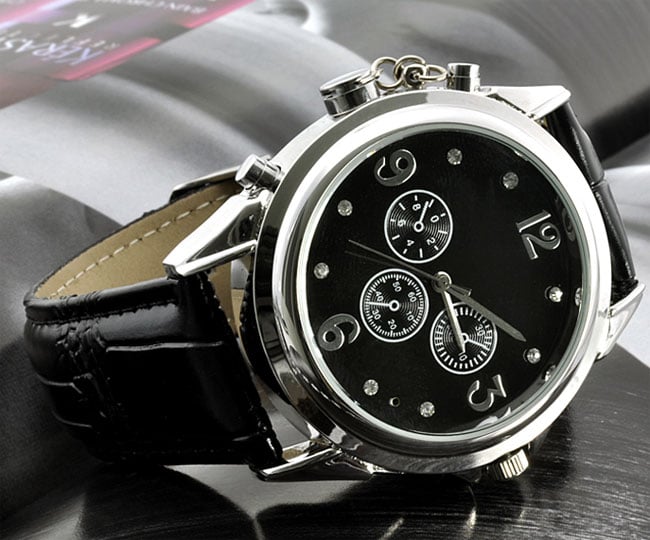 There is also a built in microphone, plus a rechargeable Li-ion battery that can be recharged via USB.  If you want one, the Spymax W1 Spy Camera Watch is available for £22.62 about $36 from Chinavasion.